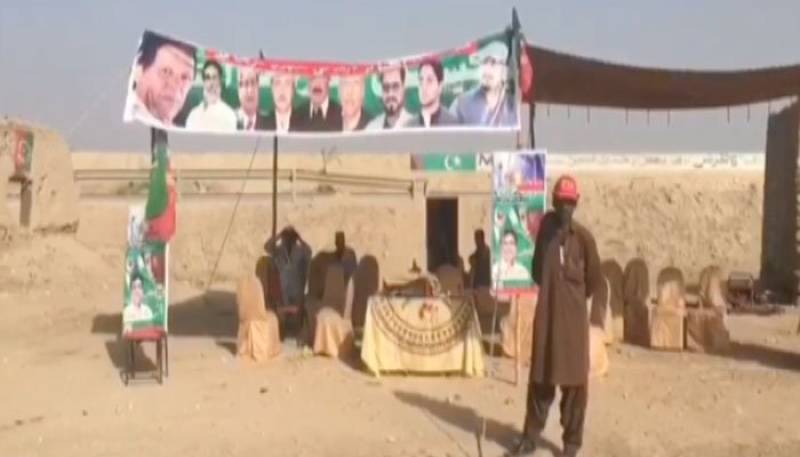 DADU - The Pakistan Tehreek-e-Insaf (PTI) is set to hold a rally in Sehwan, Sindh on Sunday (today).

Liaquat Ali Jatoi, the former Sindh chief minister, said the organisers have placed 40,000 chairs at Lal Bahadur Ground for the public gathering whereas 80,000 will be able to attend the rally while standing.

Moreover, around 1,000 police personnel have been deployed to secure the event, which will be addressed by PTI Chairman Imran Khan, the PTI's local leader further added.

In a video message on Saturday, Imran said that Sindh, in comparison to the other provinces, is in dire need of reforms.

"People of Sindh have been looted the most and that is the reason that the province needs a fresh start," Imran said.

He added that farmers don't have access to water as feudal lords continue to rule the province. The Pakistan Peoples Party (PPP) — Sindh's ruling party — has a strong voter base in the province.