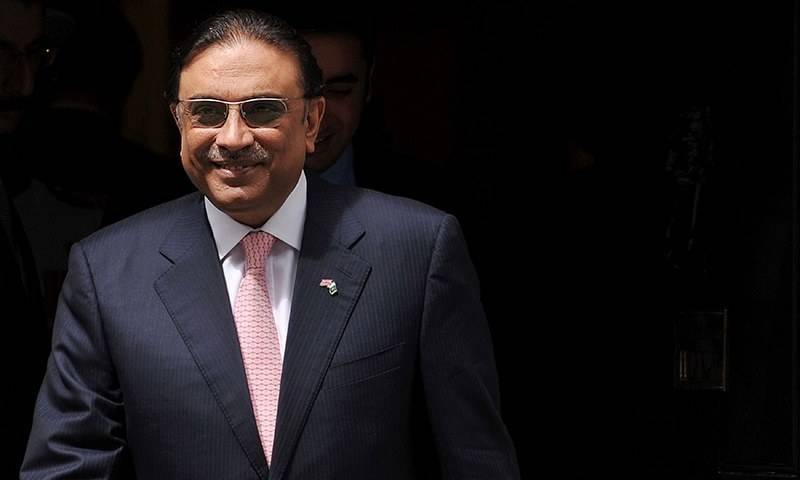 Asif Zardari landed at Karachi Airport in a special flight at 03:00 pm for which PPP had organised special camps to welcome their co-chairman.

The Sindh government has also chalked out traffic plan for Karachiites as a major traffic blockade is expected on Shahra-e-Faisal after Zardari's arrival.

The former president abruptly left the country on June 24, 2015 after a blunt diatribe against the military establishment for crossing its domain.

Zardari during a hard-hitting speech in Fata on June 16 warned the establishment to refrain from character assassination of political parties.

"If you do not stop, I will come out with a list of accused generals since Pakistan's creation," he said.

Ever since then he has been travelling between Dubai and USA. Soon after PPP hinted at the possibility of his return, political observers synchronised his arrival with departure of former Army Chief General Raheel Sharif on November 29 however, PPP dispelled any such synchronisation and clarified that Zardari was out of the country for his treatment and he could return to Pakistan any time as it was his own country.

On the other hand, Prime Minister Nawaz Sharif on Thursday expressed that he was happy on the arrival of Asif Ali Zardari.

DIG police Karachi also issued an alternative traffic plan in the purview of traffic load in the city today. 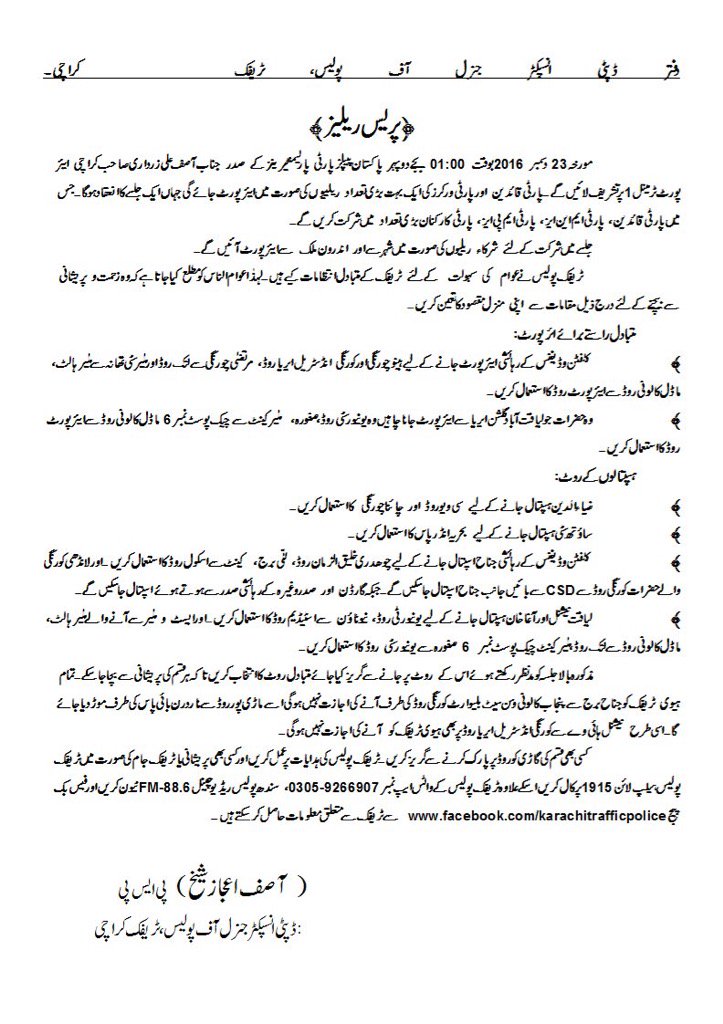