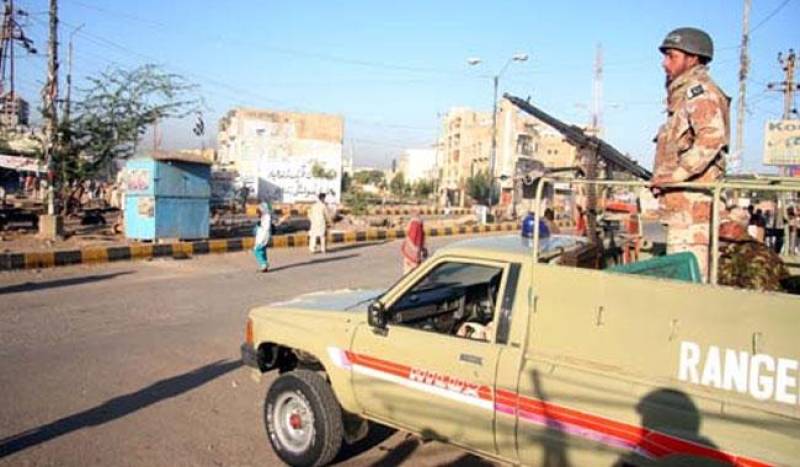 The first office was raided located at I.I Chundrigar Road, during which two people were taken into custody. The second office which was also raided by Rangers is located near Hockey Stadium, the owner of this office is Anwar Majeed, where the Admin Manager was taken into custody.

"The third office is located near Metropole Hotel in Karachi. According to sources, important documents and records have been seized by Rangers during the raid" reports Geo News.

On the other hand, Asif Zardari is on his way to Pakistan from Dubai. During the past 18 months, Zardari has lived abroad in Dubai and London.

Similarly, Rangers carried out an operation in the city’s Garden Town area and arrested two militants affiliated with a political party.

The arms seized include eight SMG rifles, one 222 rifles, seven repeater shotguns, one 22 rifle, one mauser and one 8mm rifle. The paramilitary force also seized nearly 10,000 rounds of ammunition.