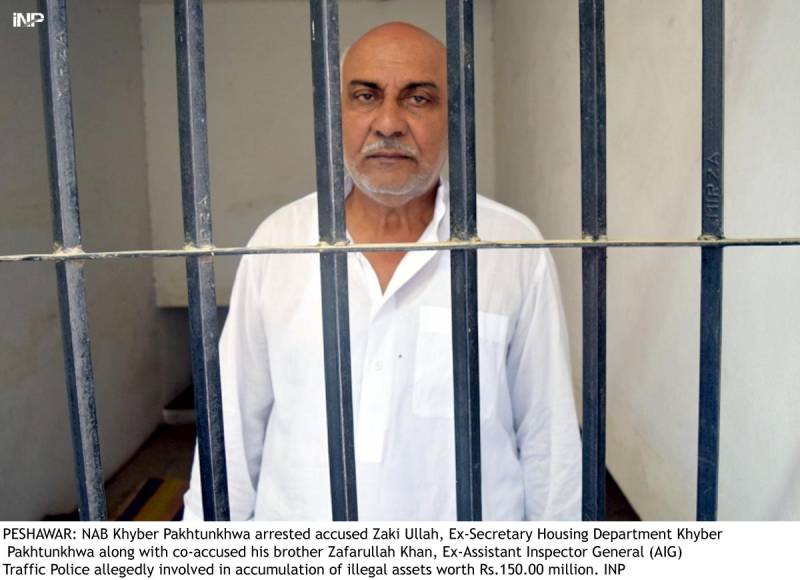 The NAB had authorized an inquiry to confirm the facts of case and collect required evidence regarding the moveable and immoveable properties owned, controlled and possessed by the accused in their name and in the name of their dependents, said a press release issued on Friday.

The accused also own a house in Shadman Colony Warsak Road Peshawar and five plots, including two in Regi Model Town Peshawar, one  in Abbottabad Cantt, one in Hayatabad Peshawar and a plot in DHA Islamabad.

Moreover, the accused also own two cars, including XLI Corolla and Suzuki Cultus.

Both accused will be presented in an accountability court to obtain their physical remand.