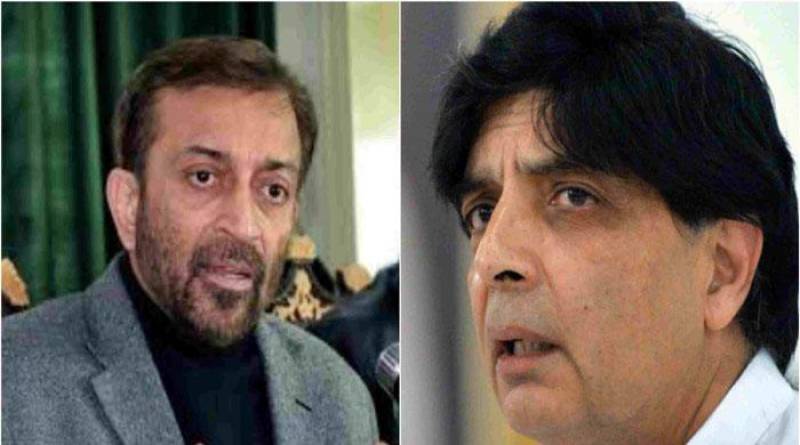 ISLAMABAD (News Desk) - A top level delegation of the Muttahida Qaumi Movement (MQM) has raised the issue of forced disappearances of its party workers in a meeting with federal Interior Minister Chaudhry Nisar.

Federal Minister for Railways Khawaja Saad Rafique was also present at the meeting.

During the meeting, issues relating to the Karachi operation and the increase in extra-judicial killings and enforced disappearances of MQM workers came under discussion.

The delegation also lamented the lack of progress in finding the culprits who attempted to kill Rasheed Godil in broad daylight.

Chaudhry Nisar assured the MQM delegation that every measure would be taken to address their concerns.