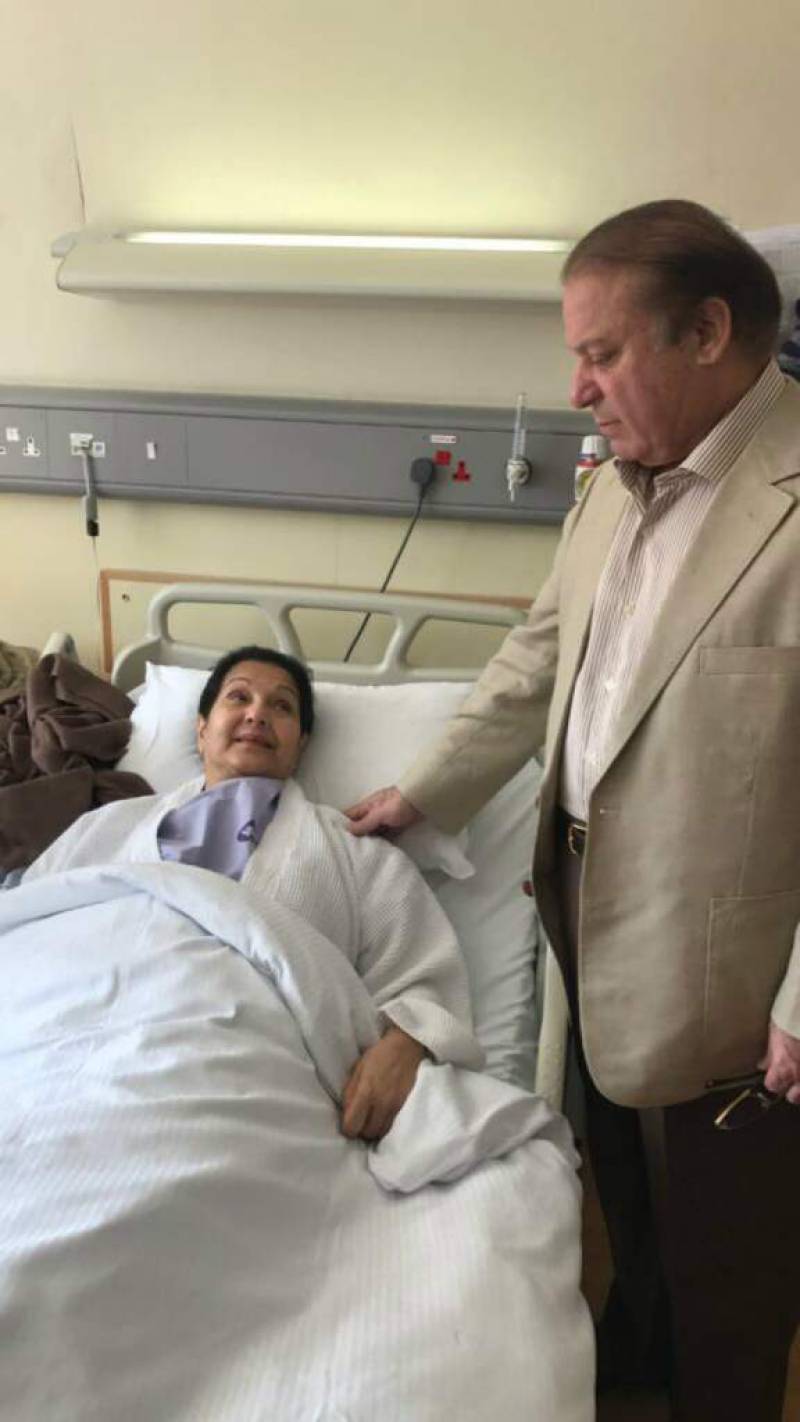 LAHORE - A doctor of Pakistani origin has disassociated himself from the false news regarding the death of Kulsoom Nawaz, the wife of former premier Nawaz Sharif.

He further said that like all other Pakistanis he was praying for the good health of Kulsoom Nawz.

In another tweet, a journalist Shafi Naqi Jami claimed that he was in Harley street and condition of Kulssom Nawz is better, adding that her health was gradually improving.

He stated that "I met with surgeons who are quite hopeful about Kulsoom Nawaz' better health condition".

He further said that Ishaq Daar and Khawaja Asif were also present at the moment.

Earlier, the social media was rife with the reports of Kulsoom Nawaz' death saying that a doctor who visited Harley Street Clinic confirmed her death.

The posts also mentioned the phone numbers to get confirmation of the fake news.