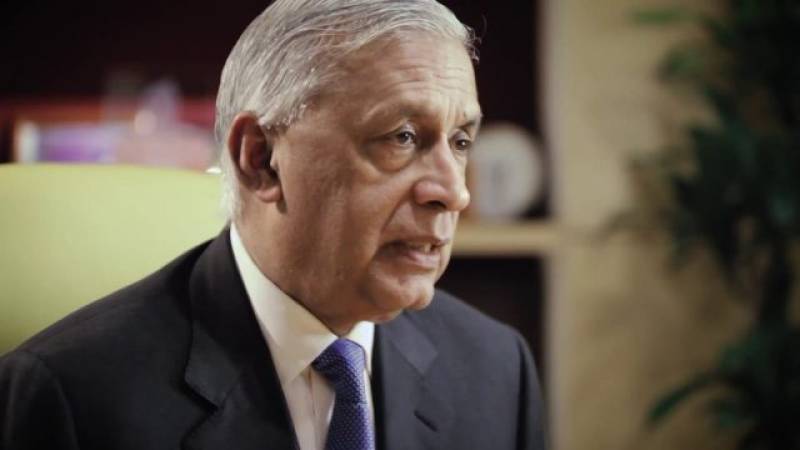 Aziz was accused of misusing authority and causing loss to the national kitty through a high-profile appointment.

Accountability Court Judge Arshad Malik, who sentenced former premier Nawaz Sharif to ten years in prison in the Avenfield reference, issued the arrest warrants against the accused due to the continuous absence from proceedings in a corruption scam.

The court expressed displeasure over the absence of the accused.

Shaukat Aziz is accused of illegally appointing Basharat Hasan Bashir as a consultant for Alternative Energy Board on an MP-II scale salary package. The appointment was in violation of MP scale policy guidelines and the board’s regulations as per the allegations.

On the other hand, the counsel for Aziz had issued a statement a few months back that the case was politically motivated.

"The allegation relates to the allegedly improper appointment of a consultant named Dr. Bashir to Pakistan's Alternative Energy Development Board ("AEDB"). The charges against our client are completely unsupported by any evidence which leads to the clear inference that it is merely a politically motivated slur," he said in a statement.

In a letter, Debevoise & Plimpton LLC, London said: “Our client was named as a suspect alongside numerous other former AEDB staff and has been summonsed to appear before the Islamabad Accountability Court. He has not responded to these summons because of credible and persistent threats to his life. Our client narrowly survived an assassination attempt while Prime Minister and for security reasons no longer resides in, or travels to, Pakistan.

Shaukat Aziz served as prime minister of the country after Zafar Ullah Khan Jamali and ended his tenure in 2007. He was a banker before assuming charge as the chief executive of the country.