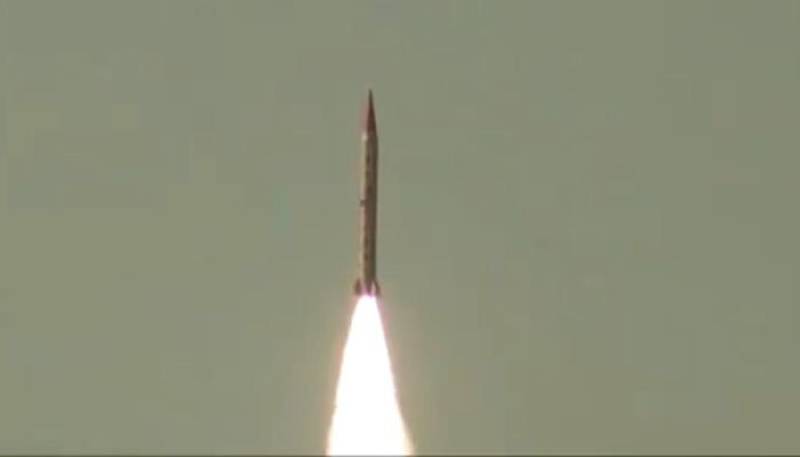 The missile is capable of carrying both conventional and nuclear warheads up to a range of 1500 kilometres.

Shaheen-II is a highly capable missile which fully meets Pakistan's strategic needs towards the maintenance of desired deterrence stability in the region.

Pakistan conducted a successful training launch of a surface to surface ballistic missile Shaheen-II. Capable of carrying both conventional & nuclear warheads up to a range of 1500 KMs. Training launch was aimed at ensuring operational readiness of Army Strategic Forces Command. pic.twitter.com/jgWX8VHtJS

President Arif Alvi, Prime Minister Imran Khan, the Chairman Joint Chiefs of Staff Committee and the services chiefs congratulated the scientists and engineers on the successful launch of the missile.

The air-launched version of BrahMos missile is a 2.5-ton supersonic air to surface cruise missile with a range of approximately 300 km, designed and developed by BrahMos Aerospace.

The IAF claimed to become worlds’ first air force to have successfully fired an air-launched 2.8 Mach surface attack missile of this category on a sea target on November 22, 2017.