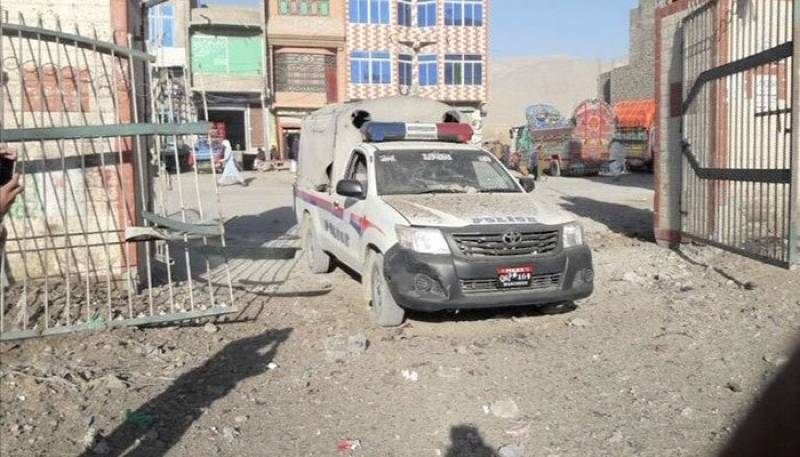 QUETTA - Several policemen were left wounded when their vehicle was targetted in an IED blast in Hazar Ganji area of Quetta today (Monday).

The blast took place when the vehicle was on a routine patrol, leaving it completely damaged but fortunately, no loss of life has been reported so far.

Officials of bomb disposal squad and law enforcement agencies reached the site and shifted the injured to the nearby hospital.

Last week, a police truck was targeted in Balochistan's provincial capital, Quetta which resulted in the death of eight people, including 7 police officers.