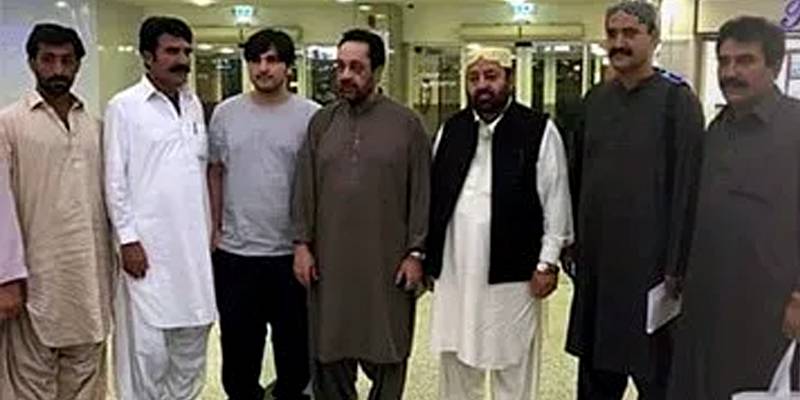 The Quetta police presented the accused Marri, a son of renowned Baloch nationalist politician Nawab Khair Bukhsh Marri and former provincial minister, before the court of the judicial magistrate and requested his remand, which was approved.

Marri landed at the Quetta airport on Friday when he had been apprehended following charges of allegedly killing Justice Nawaz Marri, a judge of the Balochistan High Court, in 2000 and killing of a citizen in 1997.

It is notable that Ghazain Marri is the younger brother of Balach Marri, the deceased leader of the Balochistan Liberation Army (BLA), a terrorist group involved in separatist activities.

Now the BLA, which is according to Pakistan behind the "Free Balochistan" posters campaign in Switzerland, is reportedly being handled by Hyrbyair Marri, who is also a brother of the Ghazain Marri.

Talking to Quetta-based journalists before leaving for Pakistan from Dubai he said, “I have been in exile for 18 years, but now, want to spend my remaining lift with my people". Ghazain said he is ready to face cases against him if there is any.