LB polls in 42 cantonment boards to be held on Saturday 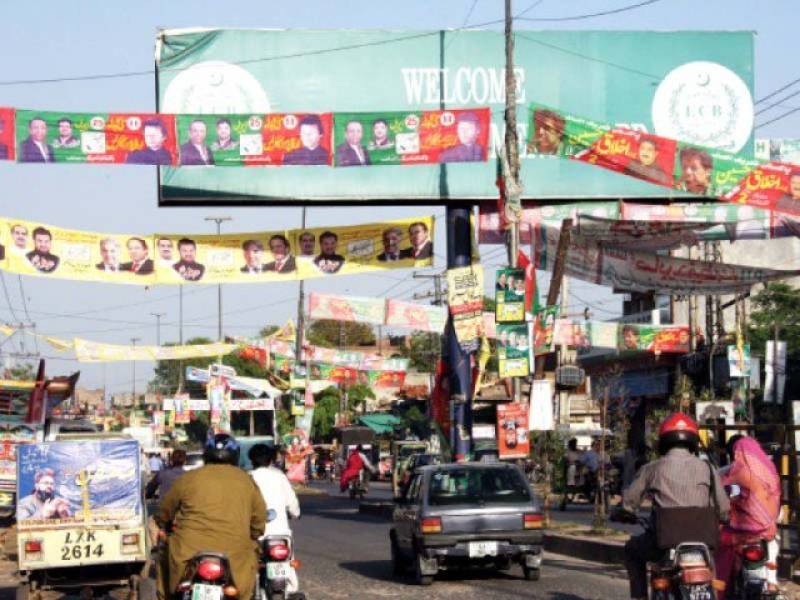 LAHORE (Staff Report) - local bodies elections in all 42 cantonment boards of the country are going to be held on tomorrow (Saturday).

According to Election Commission of Pakistan (ECP), all arrangements have been finalized for holding of free and fair election being held on party basis.

Ministry of Interior has announced holiday in cantonment areas on occasion of elections, and said that a security plan for the cantonment elections has been finalized.

It said police and Rangers personnel will be deployed at the polling stations.

Issuing directives for the voters, ECP said original Computerized National Identity Card (CNIC) will be mandatory for a voter.

During the voting process, ECP has banned use of mobile phones and show of arms at polling stations and polling booths.

ECP said a candidate is not authorized to provide transport to voters and MPAs, MNAs or ministers are not allowed to visit polling stations in their areas.

In Lahore, electoral campaign has concluded in two cantonment boards. At the last day of election campaign, political candidates conducted big rallies to exhibit their political strength during electoral campaign while facing each other, activists of Pakistan Muslim League (PML-N) and Pakistan Tehreek Insaf (PTI) chanted slogans at Bhatta Chowk.

PML-N candidate claimed that PML-N would not only win as majority but would also clean sweep for all seats of cantonment board adding that they didn’t have any reservations on electoral process.

Moreover, including Jamat Islami other Independent candidates actively participated during the last day of their election campaign.