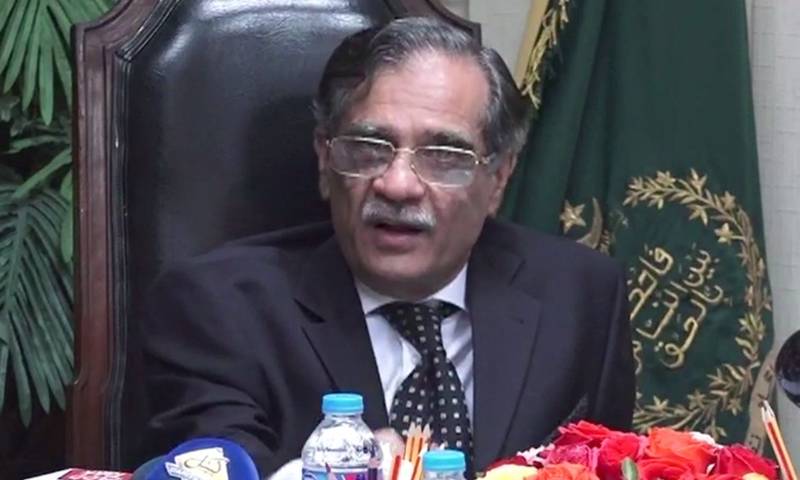 ISLAMABAD - Chief Justice of Pakistan, Mian Saqib Nisar has refused to withdraw his salary on the pretext of non-payment of dues to employees of Pakistan Works Department (PWD).

Hearing a case pertaining to the matter on Tuesday, the CJP remarked that the PWD employees had not yet received their salary despite assurances from the finance secretary.

“Do not pay me my salary unless and until the government employees are paid their dues,” the top judge remarked in blatant terms.

Expressing resentment over the matter, the CJP asserted that the employees of the state were not being compensated on time.

The top judge also instructed the Additional Registrar of the apex court, not to deposit his cheque in the bank account.

"Deposit my cheque in my account after paying the PWD employees. They also have a belly with them which needs to be fed,” he added.