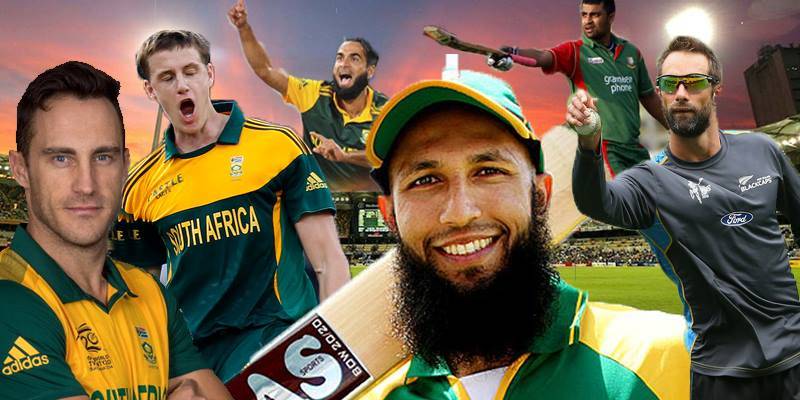 RAWALPINDI - Pakistan Army has welcomed the World XI team to the country, the Inter Services Public Relation said on Thursday, saying the armed forces are ready to host the international players.

The Pakistan Cricket Board on Thursday named the star studded World XI side which will tour the country in September, led by South Africa's Faf du Plessis .

Major General Asif Ghafoor, the military spokesman, shared on Twitter that Pakistanis are eagerly prepared to host international cricketers as a peace and sports loving nation.

Pakistanis are eagerly prepared to host them as a peace and sports loving nation.

The 14-member squad of World XI has representation from seven countries. The World XI includes five players from South Africa, three from Australia, two from the Windies, and one each from Bangladesh, England , New Zealand and Sri Lanka.

LAHORE - The World XI team is coming to Pakistan next month, Pakistan Cricket Board (PCB) Chairman Najam Sethi has ...

The team will play three T20Is in Lahore on September 12, 13 and 14 after arriving in the country on Sept 11, following a two day camp in Dubai .

The skipper of the squad, Faf du Plessis of South Africa says that he looks forward to his maiden tour to Pakistan and helping country restore the international cricket at home.

"Like most of the players, I look forward to my maiden tour to Lahore and play my part in the safe and gradual resumption of international cricket in Pakistan ," he said in the statement released by PCB .

South Africa's Hashim Amla , who visited Pakistan with Graeme Smith’s side in 2007, said: “I am looking forward to the trip to Pakistan . The rehabilitation of my injured shoulder is progressing well and I am confident of being fit for the matches.”

Former Zimbabwe captain and ex-England coach Andy Flower will be the coach of the side, which will arrive in Lahore on 11 September after attending a two-day camp in Dubai .

According to Flower, all the players are satisfied and comfortable with the security arrangements that will be put in place for the series and happy to be part of the first step towards the safe return of international cricket to Pakistan .

“We now look forward to playing some exciting cricket so that we can entertain the Lahore crowd, which has waited long enough to see local as well as international stars live in action in their backyard," he added.

The army ensured first-hand response to any emergency situation, while troops from Rangers, police and other law enforcement agencies provided security to the international players.

After the attack on the Sri Lanka team bus in March 2009, only Zimbabwe and Afghanistan have toured Pakistan while others refused over security concerns.