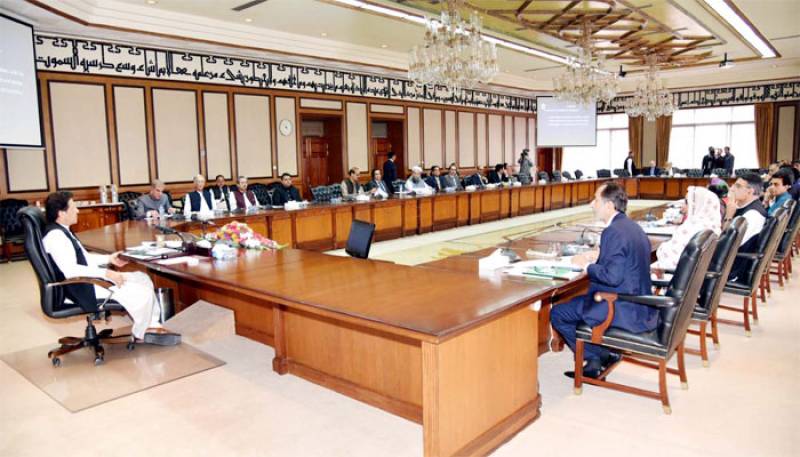 The federal cabinet will approve annulation of Ministry of Capital Administration and Development (CAD) and will recommend putting institutions under it in Cabinet division, local media reported.

The Ministry of CAD was introduced during the tenure of Pakistan Peoples’ Party government headed by Prime Minister Yousuf Raza Gilani. As many as 422 educational institutes, hospitals in the federal territory and Capital Development Authority are under the ministry.

The institutions would now be headed by Advisor Parliamentary Affairs Babar Awan. The federal cabinet ministers are advised to ensure their presence in the meeting tomorrow.

Moreover, Imran Khan will visit Foreign Office prior to cabinet meeting where he will be briefed over by the officials on the duties and performance of Pakistani diplomats stationed abroad.

The premier will give direction over Pakistani stance to be presented in the United Nation General Assembly scheduled in September.