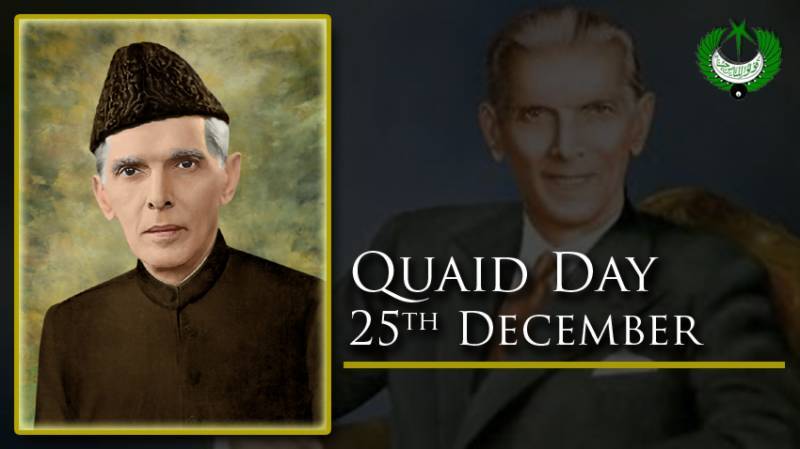 ISLAMABAD – Pakistan is celebrating the 146th birth anniversary of the Father of the Nation Quaid-e-Azam Muhammad Ali Jinnah today (Friday) with traditional zeal and fervour.

The national flag will be hoisted on government buildings throughout the country to mark the day.

Qur'an Khawani will be held at the Quaid's mausoleum in Karachi. A change of guard ceremony will also be held at Mazar-e-Quaid in the port city.

A number of activities, including seminars, debates and exhibitions, will be held both at official and civil society levels to highlight the life, achievements and different aspects of the personality of the Quaid-e-Azam.

In his message on the Quaid Day, Prime Minister Imran Khan said: “It is a matter of privilege for our generation and our children to have been born in an independent Pakistan that could not have been our destiny without the struggle of the Quaid-e-Azam."

He said the Father of the Nation realised the importance of a separate homeland for Muslims of the subcontinent where all citizens could enjoy freedom of faith, occupation and equal opportunities.

Quaid’s determination to unify a nation despite huge challenges and opposition was only possible due to his perseverance. He had a firm faith in Allah Almighty and followed the principles of Prophet Muhammad (PBUH) that guided him through difficulties and challenges.

“On this day, I want to emphasize upon our youth that Jinnah’s attributes of honesty, hard work, perseverance and dedication to a bigger cause made him the great leader i.e. Quaid-e-Azam. We as a nation need to adopt these attributes to realise the Quaid’s vision of a developed, progressive and tolerant Pakistan,” he said.

He said the government was striving for a society free of corruption and a system that helps the poor and underprivileged in the light of Quaid’s vision.

Pakistan is facing both internal and external challenges and the only solution to overcome these is to live by the Quaid's ideals of Unity, Faith and Discipline.

“It is a day to join together in the same spirit as our forefathers did during the Independence movement. Let us shun our differences based on cast, creed and faith and work in unison. I pray to Almighty Allah that He grant us strength and unity to realise our destiny of becoming the strongest nation on earth as envisioned by our Quaid-e-Azam Muhammad Ali Jinnah,” the premier concluded.