Pakistan, Iran will have to face terrorism issue jointly: Mehdi 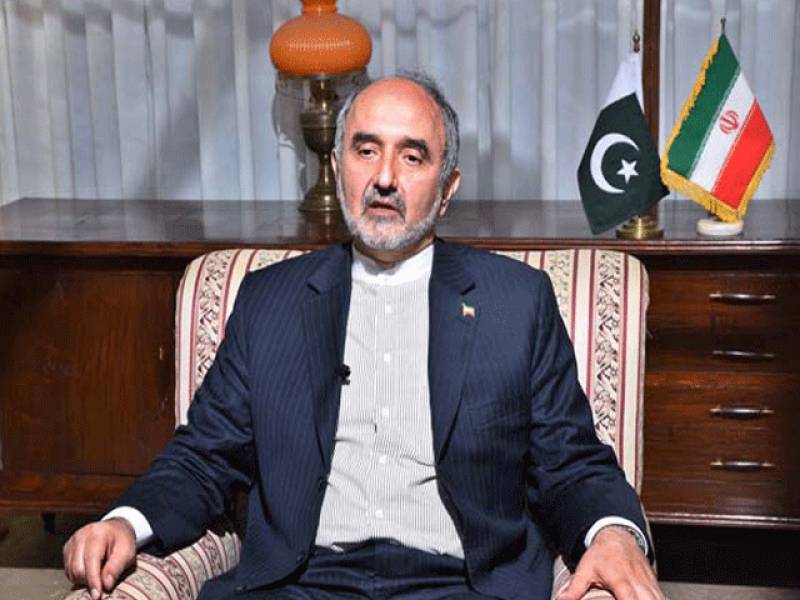 ISLAMABAD - The ambassador of Iran to Pakistan, Mehdi Honardoost has said that Pakistan and Iran are two neighbourly Islamic states and they will have to face the issue of terrorism jointly, the Radio Pakistan reported.

Talking to a private television channel, he said the relations between Pakistan and Iran are of unique having so many commonalities.

The Iranian Ambassador said it is need of the hour that all the Muslim states forge unity to face the challenges.

Earlier, a suicide terror attack on a bus of Iran's Islamic Revolutionary Guard Corps near Zahidan killed at least 27 people.

A suicide bomber driving a vehicle laden with explosives attacked a bus transporting members of elite Revolutionary Guards on the road between the southeastern cities of Zahedan and Khash.

Pakistan Foreign Office Spokesperson Dr Mohammad Faisal in a tweet message expressed deep sorrow over the loss of precious lives in the attack.

Shocked and grieved to hear about the suicide attack on IRGC bus near Zahidan today, in which many lives were lost. Deepest sympathies with the families of those who have suffered in this heinous attack of terror. Pakistan condemns in the strongest terms all acts of terror.

The Spokesman also reiterated that Pakistan condemns in the strongest terms all acts of terror.

He expressed sympathies with the bereaved families who have suffered in this heinous attack of terror.