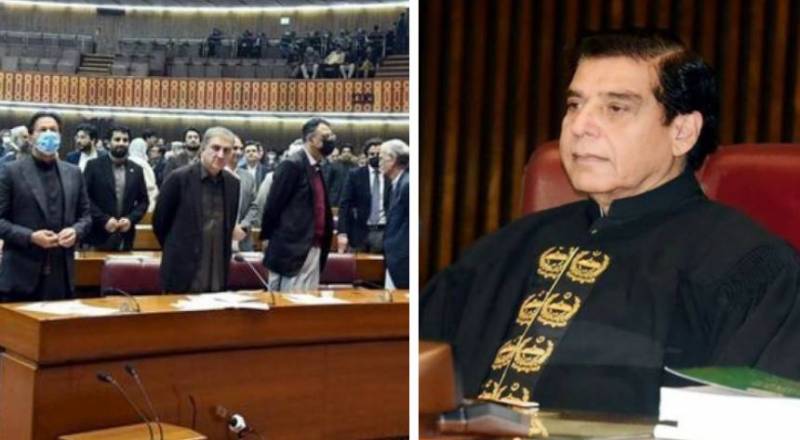 Ashraf also forwarded them to the electoral watchdog to de-notify the lawmakers, reports suggest.

The development comes a day after PTI announced that some 44 PTI lawmakers have informed the speaker to withdraw their resignations as the former ruling party wanted to install their own opposition leader in the lower house of the parliament.

With the new move from ruling alliance members, the tally of resignations, submitted by Imran Khan-led party members, approved by the speaker increased to 124.

On Monday, Asad Umar, senior PTI leader and close aide of Imran Khan, took to Twitter, announcing that the party had informed NA Speaker Raja Pervaiz Ashraf about the decision to withdraw resignations.

The PTI leader also mentioned their next step would be to get its member appointed as the Opposition Leader in the National Assembly.

Fawad Chaudhry also shared a tweet about the withdrawal of resignations, saying the move comes in a bid to get posts of the leader of the opposition and parliamentary party leader.

The outspoken politician said they decided to take back the resignations to block the way of fake opposition leaders and to prevent turncoats from voting in favour of the premier in no-trust vote.