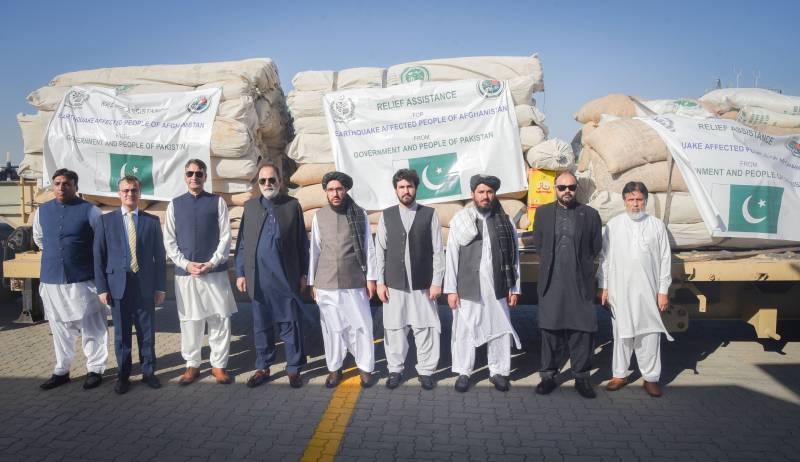 RAWALPINDI – Pakistan has dispatched the second tranche of humanitarian assistance for people affected by the earthquake in Afghanistan.

Minister for State and Frontier Regions (SAFRON) Senator Muhammad Talha Mahmood handed over the consignment to Afghan Charged'affaires Sardar Muhammad Shakeeb at the Nur Khan Base.

NDMA Chairman Lieutenant General Akhter Nawaz and officials of the Ministry of Foreign Affairs and Afghan Embassy in Pakistan were present on the occasion, an NDMA press release said.

The Afghan charge d'affaires thanked the Pakistani government for sending humanitarian assistance promptly for the Afghan people in the hour of need.

The NDMA sent its first consignment of relief goods on June 23 via road.

A total of 1,036 people are confirmed to have been killed in an earthquake that struck Afghanistan this week, the United Nations said on Friday.

About 2,000 people were injured and 10,000 homes partially or entirely destroyed in Wednesday's earthquake, according to Afghanistan's disaster ministry.