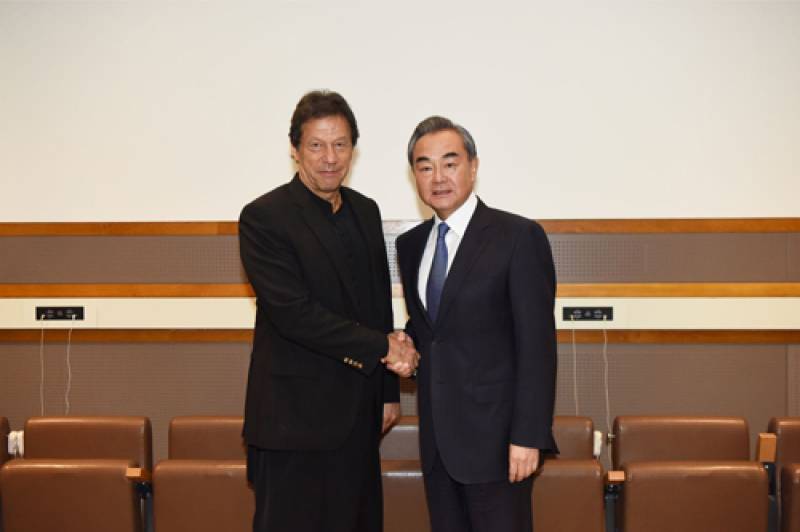 NEW YORK - China has reaffirmed its support to Pakistan on the Kashmir issue.

This reiteration came during the meeting of Chinese Foreign Minister Wang Yi and Prime Minister Imran Khan in New York on the sidelines of ongoing UN General Assembly Session.

Wang Yi reiterated the commitment of Chinese leadership to support Pakistan on all issues of its core national interest.

He said China will continue to support Pakistan in safeguarding and promoting its core interests, the Radio Pakistan reported.

Highlighting the situation in Indian Occupied Jammu and Kashmir, the prime minister said that the lockdown of millions of Kashmiris, the escalation in human rights violations and the continued communications blackout had created a dire humanitarian crisis in occupied Kashmir.

The premier reiterated that the illegal and unilateral actions of India are aimed at altering the internationally recognized disputed status of Occupied Kashmir by violating numerous UNSC resolutions and international law.

Wang Yi reiterated the resolve of Chinese leadership to work with Pakistan's leadership to further strengthen Pakistan-China relations in all areas of cooperation and build a community of shared future.

He underscored that successful implementation of BRI and CPEC will contribute to economic stability and development in Pakistan and region.

Both the sides also discussed regional security and agreed to continue close consultation and coordination for promotion of peace and stability in the region.