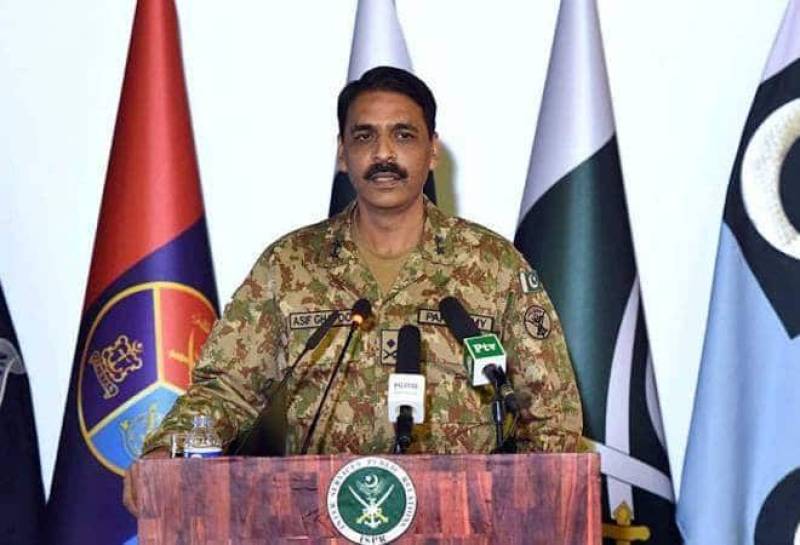 RAWALPINDI – Director General of Inter-Services Public Relations (ISPR) on Tuesday has termed Indian military commanders’ statements particularly about AJ&K as ‘irresponsible’ and said that such statements are an expression of their frustration due to their failure to handle the situation in IOJ&K.

In a tweet, DG ISPR Major General Asif Ghafoor stated that the statements are attempts to divert world’s attention from Indian state terrorism and siege of IOJ&K.

Accusations of infiltration/presence of alleged terrorists camps are pretext for a false flag operation/misadventure which if tried shall have serious consequences for regional peace.Pak Armed Forces are fully prepared to respond to any aggression/misadventure regardless of cost.

Accusations of infiltration/presence of alleged terrorists camps are pretext for a false flag operation/misadventure which if tried shall have serious consequences for regional peace, ISPR added.

Responding to a media question about the statement of the Indian Army Chief, the Foreign Office spokesperson rebutted it as completely baseless.

The spokesperson emphasized that the Indian allegations of infiltration from Pakistan reflect a desperate attempt to divert international attention from the humanitarian nightmare in occupied Kashmir being perpetrated by Indian occupation forces.