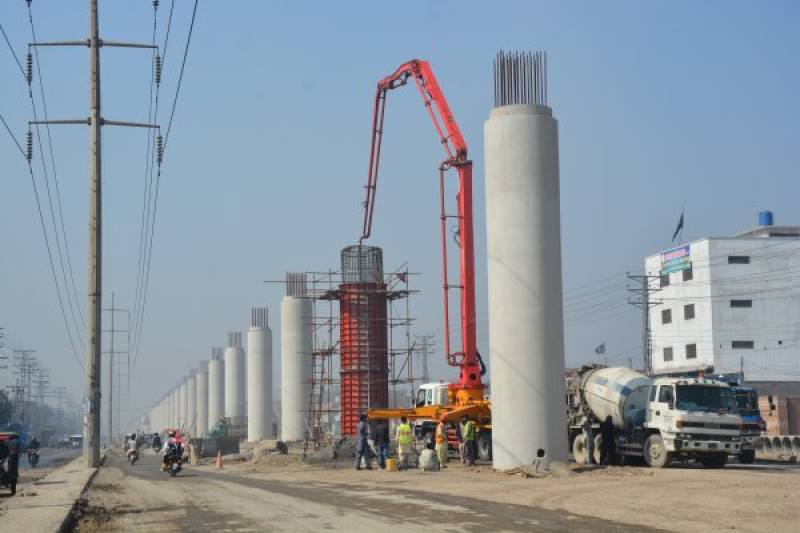 LAHORE (Web Desk) - Owing to the verdict given by Lahore High court barring the construction of Orange Line Metro around heritage sites, the project is likely to be delayed by a period of eight months.

Insiders are of the view that the delay was inevitable even if Supreme Court renders a favourable verdict on the government’s appeal against a Lahore High Court division bench.

A member of the OLMT (Orange Line Metro Train) steering committee told The Express Tribune that the lawyer for the government were preparing a petition to challenge the LHC order in the apex court. He said the government would file its petition next week.

Shahid Saleem, a contractor for the OLMT Package-1 expressed the factors behind the probable delay.

“There are stay orders against construction at 12 points along the metro train route. The critical ones are near The Mall crossing. Construction of the three-storey underground central station should have started in October 2015 but the site has not been cleared yet” he said.

“The government and the Chinese contractors are pushing local contractors to complete the project on time but it may not be possible, construction of the central station would take at least eight months" he added.

On the other hand, the environmental activists have also mulled to approach Supreme Court to challenge the metro train project on environmental grounds.

The 27-kilometre Orange Line Metro Train project is estimated to cost $1.65 billion and is being funded through a Chinese soft loan.

The project is part of the metro network in the city. It will connect Raiwind Road, Multan Road, McLeod Road, the City railway station and the Grand Trunk Road. The Chief Minister Shahbaz Sharif had categorically vowed to complete the project by hook or by crook.