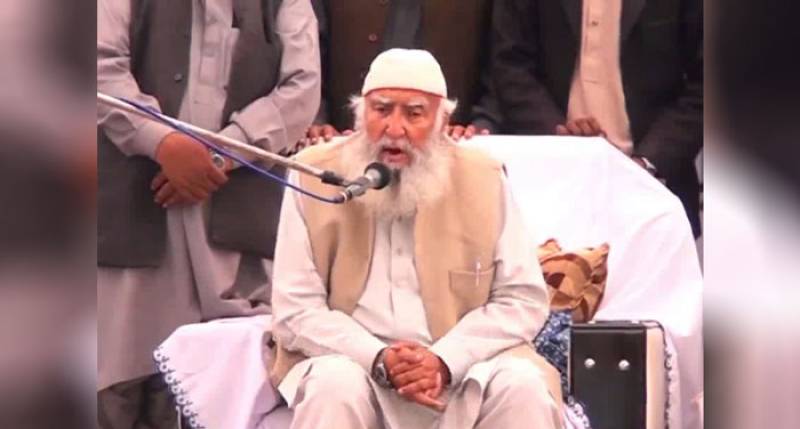 Addressing his disciples and public at the Khatme Nabuwwat conference in Gujranwala on Sunday, Pir Sialvi wondered how Shehbaz Sharif could run the government when he couldn't even make his servant resign, in a veiled reference to Rana Sanaullah.

“Let’s all promise that we won’t vote for the Pakistan Muslim League-Nawaz (PML-N). If anything goes wrong, I’ll be the first one to take the bullet,” he warned.

"Don’t provoke us. Otherwise, we will reach the assemblies," he clarified in a blatant tone.

The religious personality cautioned that the Punjab government would be forced out of power if Rana Sana Ullah retained his position in the provincial cabinet.

The deadline, December 31st is the same given by Pakistan Awami Tehreek Chairman Dr. Tahir ul Qadri for the resignation of CM Punjab Shehbaz Sharif and law minister Rana Sanaullah over the Model Town killings.

Rana Sana Ullah had earlier clarified that his mentor was Nawaz Sharif and he would only follow his directives pertaining to resignation.