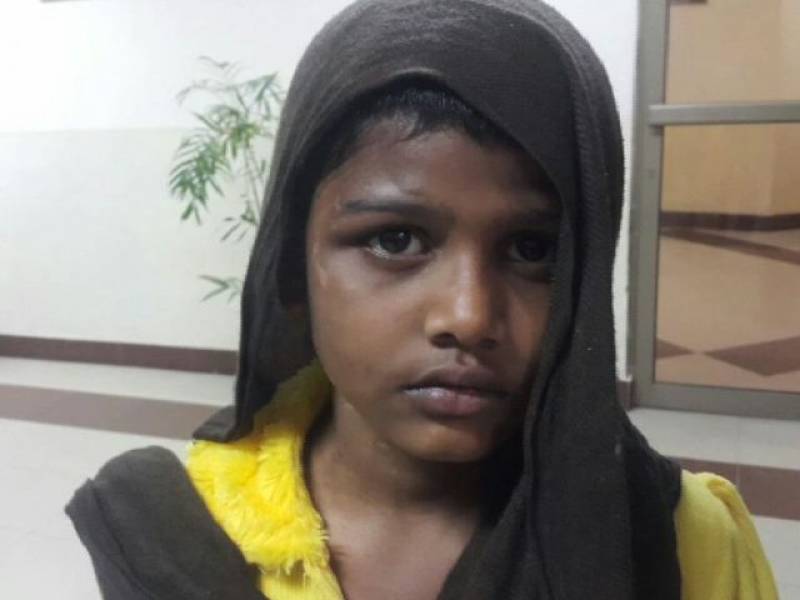 ISLAMABAD - Chief Justice of Pakistan (CJP) Justice Justice Saqib Nisar said on Wednesday that the defected system was not his fault, it was the fault of lawmakers of the country.

CJP who was hearing the case related to torture on child maid Tayyaba showed concerns regarding the rights of maids in suo moto hearing.

Justice Saqib Nisar said that Tayyaba was like his own daughter, and her case had to be examined in detail.

During today's hearing, Counsel for accused Maheen Zafar told the court that the clauses that were mentioned in the case were bailable.

CJP categorically expressed that the court could investigated both these officers whether they issued any notice first regarding bail and supervision of child or not.

The Chief Justice continued that it was hard to understand who took the girl’s parents to the lawyer and how they signed the pardon.

Justice Saqib Nisar inquired whether advocate Raja Zahoor was included in the case or not. Police informed him that he had been summoned for investigation.

Meanwhile, the police submitted its final report to the Supreme Court on the investigation conducted against Tayyaba’s employers, Additional Sessions Judge Raja Khurram Ali Khan and his wife Maheen Zafar.

DIG Police Kashif Alam prepared the final report on the case, in which Maheen Zafar was held responsible for torturing the 10-year-old maid Tayyaba.

The report citing an earlier medical report said that 21 torture marks were found on the body of the little girl.