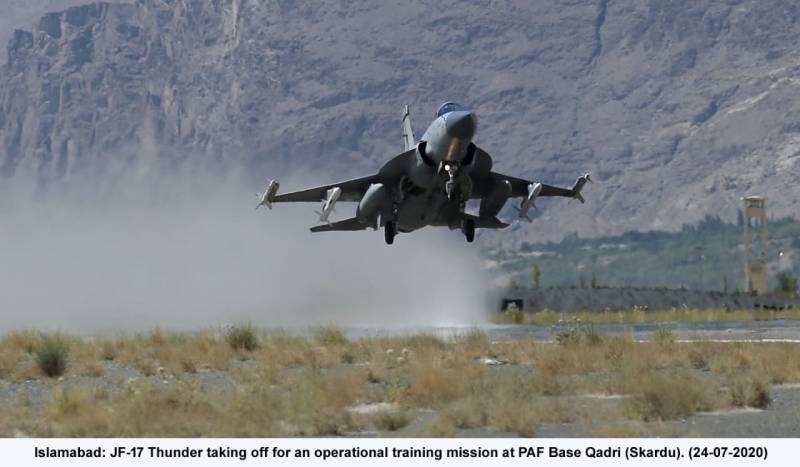 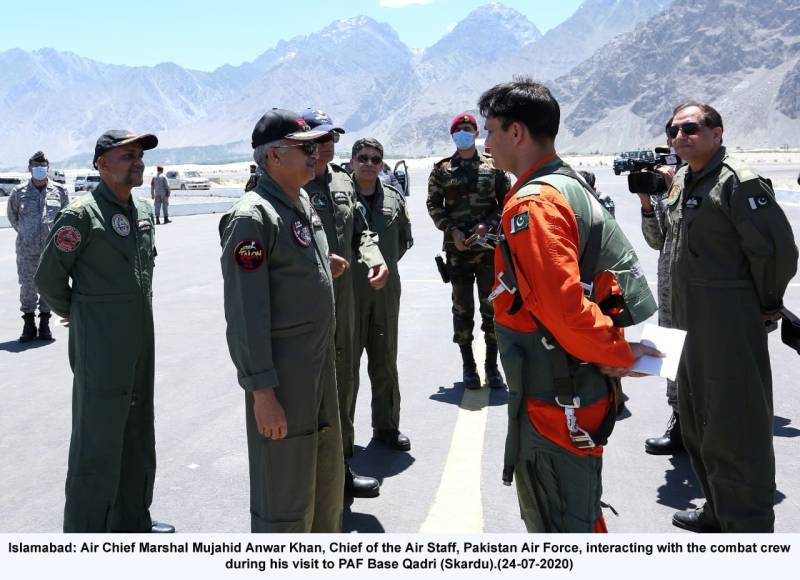 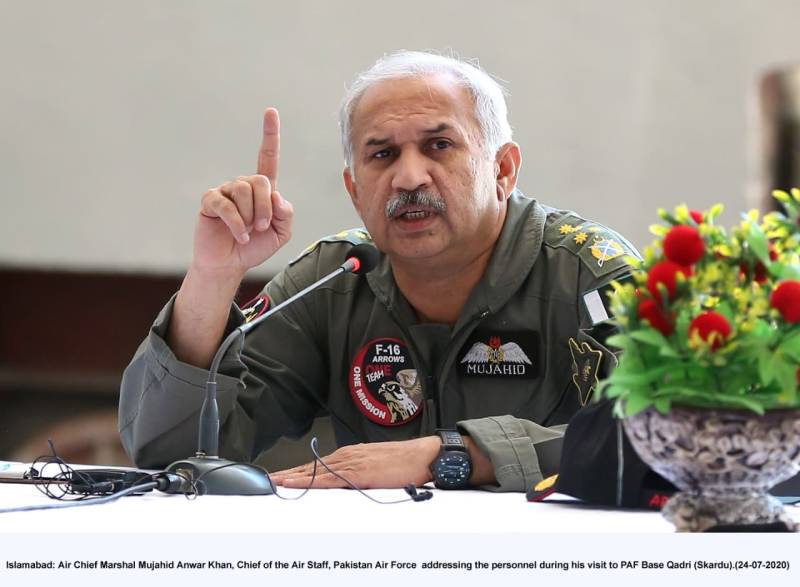 SKARDU – Chief of Air Staff Air Chief Marshal Mujahid Anwar Khan on Saturday visited PAF Base Qadri in Gilgit-Baltistan, where he witnessed various operational activities at the base including rapid deployment of fighter aircraft and combat support elements.

After he was briefed about the ongoing development works at the airbase in Skardu, the Air chief appreciated operational preparedness of the base personnel and expressed his satisfaction over the pace of developmental works.

Chief of Air Staff visits PAF Base, Qadri at Skardu in Gilgit-Baltistan.

Addressing the PAF personnel, Mujahid Anwar Khan said that Pakistan Air Force is fully cognizant of the geo-strategic developments in the region.

“The aggressive military procurements by the enemy are not going unnoticed and necessary measures are in place to ensure the balance of military power in conventional domain as well,” he was quoted by a PAF statement as saying.

The Air Chief assured the nation that PAF along with its sister services is ever ready to give a befitting response to any misadventure by the adversary.

Expressing concern over the Indian state terrorism and atrocities of its armed forces in Indian occupied Jammu & Kashmir (IOJ&K), the Air Chief stated that Pakistani nation unequivocally supports the freedom struggle of Kashmiris and reiterated the need for expeditious resolution of Kashmir issue in accordance with the United Nations’ resolutions.