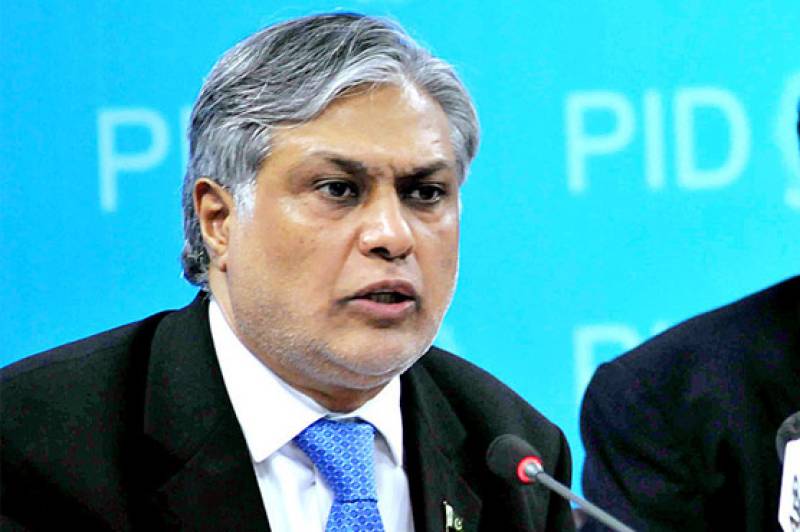 According to the report, the growth rate of the country stood at 5.3 percent, the highest in last 10 years whereas Industrial sector grew by 5.05 percent during the outgoing fiscal year.

He also expressed that growth rate was 3 percent back in 2013 when PML-N assumed office. The legislator opined that in the first 10 months of the outgoing fiscal year, exports fell by 2.3% while imports increased by 19.88%. Moreover, the services sector of economy shared 60 percent of GDP (Gross Domestic Product).

The minister highlighted that the foreign reserves stood at $21 billion as Pakistan's economic uplift was being lauded by international monetary organisations.

'The per capita income stood at 1629 USD per year with an increase of 22 percent as compared to the last year' claimed the minister and said that the sectors including wheat, cotton, maize and rice saw much betterment.

The total debts as per March 2017 estimates were recorded at Rs 20872 billion that rose from Rs 14318 billion when compared to 2013 however according to the lawmaker, they were less than 60 percent of GDP.

'The foreign exchange reserves of the country were recorded at Rs 16.15 billion dollars' said Ishaq Dar and added that the interest rate was being maintained at 5.75 percent.

Dar said the current account deficit, a new source of worry for economic managers, is estimated to widen to $8.3 billion by the end of the outgoing fiscal year. The amount stood at $2.5 billion in the previous fiscal year, a staggering increase that Dar attributed to import of CPEC projects-related machinery.

He said the import of heavy machinery surged 70%, textile sector showed a 23% increase while the construction (67%) and agriculture (37%) were also responsible for the increasing import bill.

Ishaq Dar maintained that the home-grown industries will be able to help boost country's economy and said 'We won’t need to go to the IMF anymore after 2019'.

Regarding Gas and Electricity transmission, he expressed that 3.4 percent growth was recorded in this sector.

Highlighting the efforts made by the incumbent government regarding uplifting economy, Dar claimed that pakistan's economy would surpass that of Italy, Canada and Korea by year 2050.

Ishaq Dar will present the budget for the next fiscal year in the National Assembly on Friday whereas a session of the Senate will also be held at the Parliament House in Islamabad on the same day.