Did Maryam Nawaz just hint at the next military Chief? Tweet gets everyone talking 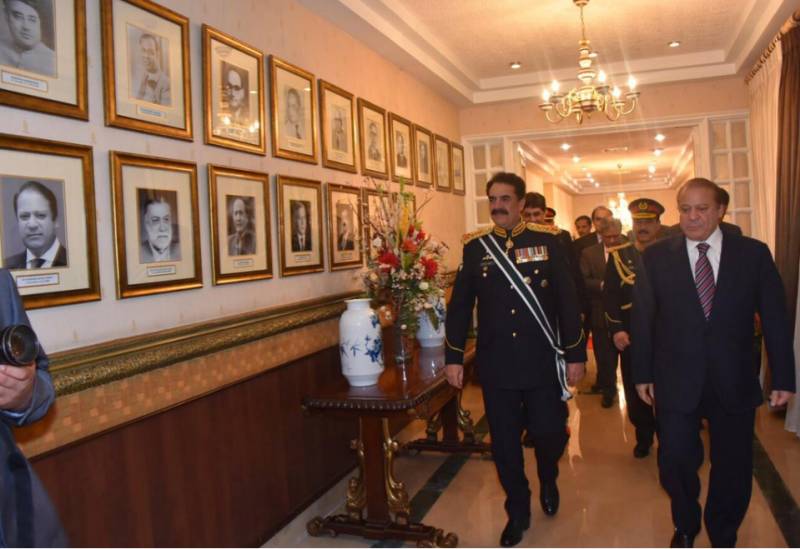 ISLAMABAD - Maryam Nawaz, daughter of Prime Minister Nawaz Sharif has probably hinted at the next military chief through a tweet in a veiled reference and Twitter is buzzing with the clue.

Although Maryam did not disclose the motive behind selecting the two military officials out of four, yet rumours are rife that PM's daughter gave a clue of who would be heading Pakistan Army in capacity of Chief of Army Staff (COAS) and Chairman Joint Chiefs of Staff Committee (CJCSC).

Maryam Nawaz peculiar selection of posting only Hayat's and Ramday's picture with premiere somewhat answered the million dollar question as to who would be the successor of General Raheel who would retire on Tuesday, November 29 along with the next Chairman Joint Chiefs of Staff Committee.

This is the fifth selection that Premier Nawaz Sharif would make during his tenure as Prime Minister. He has also emerged as the only Prime Minister to have appointed maximum number of military heads.

Along with Gen Raheel, Chairman Joint Chiefs of Staff Committee Gen Rashad Mahmood is also completing his term on Tuesday and so PM has to select his successor as well.