No headway in govt-opposition talks on 'Azadi March' 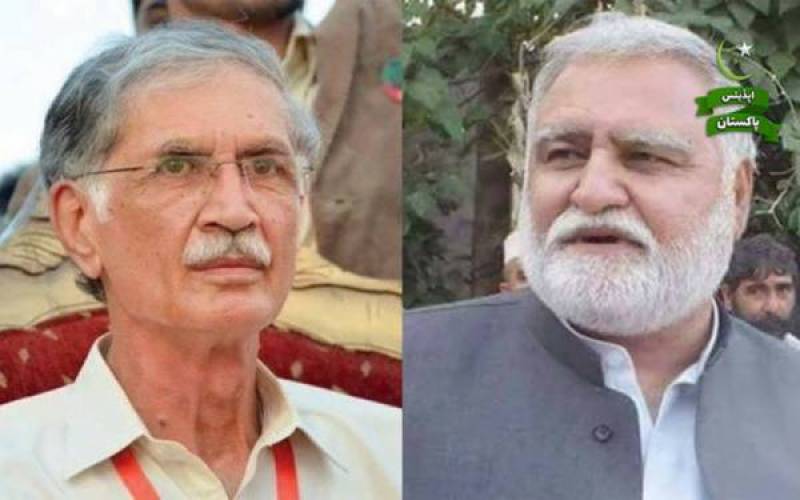 ISLAMABAD - Another round of talks between the government and the Rahbar committee over the Azadi March ended on Friday inconclusively.

Defence Minister Pervez Khattak, who is heading the seven-member government committee, said that both parties could not reach an agreement, adding that the negotiations will continue.

The Rahbar committee, which is representing the opposition, and the official delegation met for the second time in a day after the former presented its charter of demands.

Media reports say there is a deadlock between both parties over the selection of a place for the Jamat Ulema-i-Islam Fazal's protest march in the capital city.

The opposition wants to stage power show on Jinnah Avenue or D-Chowk but the government is insisting on holding the protest at the Parade ground in the light of the court orders.

Earlier today, the first round of talks between the government and the opposition over the "Azadi March" concluded with a promise to meet again tonight for further discussion.

After the meeting, both parties said that there was a positive atmosphere at talks and hoped that there would be good news after the second round of negotiations.

Khattak talking to media in presence Durrani said that both sides have exchanged suggestions to resolve the issue.

The opposition's chief negotiator also said that there were good talks, adding that the next meeting will be held at 10 pm tonight.

Local media said that the official committee had sought time from the opponents to discuss the demands, handed by the Rahbar Committee, with Prime Minister Imran Khan.

It is yet to see the government will be successful in persuading the opponents as a key demand of the opposition to get the resignation of the Prime Minister Imran Khan has earlier been refused.

According to local media, the Rahbar committee has presented a four-point charter of demand to the government to resolve the issue. The demands include the resignation of the prime minister, new elections without the assistance of the army, protection of Islamic provisions in the Constitution and supremacy of civilian institutions.

The opposition also demanded that no hurdle should be created by the government against the protest.

Jamat Ulema--i- Islam Fazal's chief Maulana Fazl ur Rehman had earlier this month announced to mount a march on Islamabad on October 31 against the government. Major opposition parties including Pakistan Muslim League-Nawaz and Pakistan Peoples Party have also thrown weight behind the JUI-F to topple the PTI-led government.