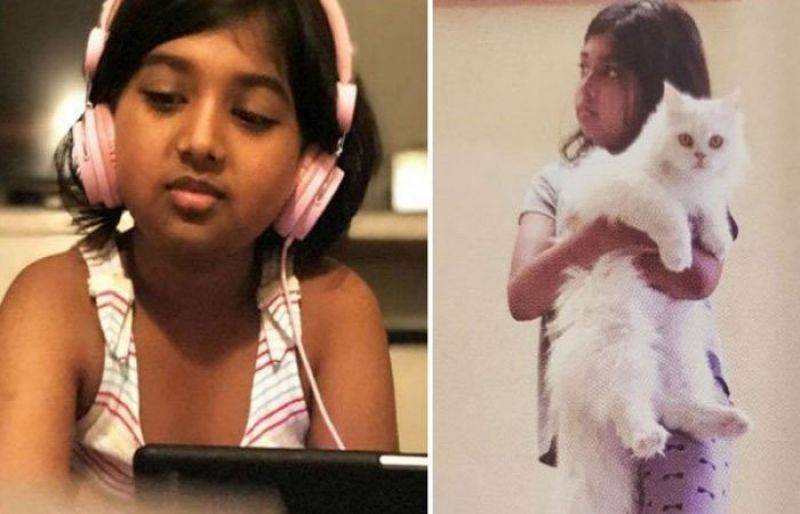 ISLAMABAD - The Supreme Court constituted a committee on Tuesday to investigate the possible reasons for the death of a 10-year-old girl in Karachi.

Amal Umer lost her life after she was hit by a stray bullet during a police encounter in Karachi’s Akhtar Colony area.

The committee comprising of the advocate general of Sindh, Barrister Aitzaz Ahsan, Lateef Khosa and Advocate Umaima will also establish amendments necessary for police training, regulations and treatment of injured persons in hospitals.

The incident happened on  August 13 when Amal along with her parents was on the way but was hit by a stray bullet in her head when a few robbers were busy snatching valuables from a car next to them.

The girl was rushed to the nearest hospital (National Medical Centre NMC) where she was provided with oxygen by a manual Ambu bag. The doctor told the family to take the wounded to either Jinnah or Agha Khan Hospital as it was a medico-legal case.

The hospital neither provided the family with emergency medical aid nor ambulance and moreover, even refused to give the Ambu bag to help the injured, rush to another hospital.

However, the family arranged another ambulance, but tragically Amal died on the way.

During the hearing of the case, Amal's tearful mother Beenish said "We don't want any compensation for our daughter's death, adding that we just want to make sure that what we faced does not happen with anyone else,

KARACHI – President Arif Alvi on Saturday visited the family of 10-year-old Amal, who was fatally hit by a stray ...

"We want to thank the Supreme Court and CJP Nisar for taking notice of the incident and ordering an inquiry into the matter.

"Our daughter will not come back to life but we want laws to be passed to solve the issues, be them at the police’s end or the hospitals in order to eradicate such incidents.

Meanwhile, police arrested the accused, who robbed 10-year-old Amal Umer's family and fled from the scene on the day she was shot dead, on Tuesday.

Karachi police chief Dr Amir Ahmed Sheikh said that the accused, Khalid, was arrested during an encounter carried out by personnel of Artillery Maidan Police Station.

"Weapons, mobile phones and a rickshaw were seized from his possession," the police chief added.

The Karachi police chief further said that Khalid, a resident of Hijrat Colony and a rickshaw driver, admitted to involvement in seven theft incidents.

"Khalid's accomplice, Shahzad, was killed during a police encounter on August 13," Sheikh said.