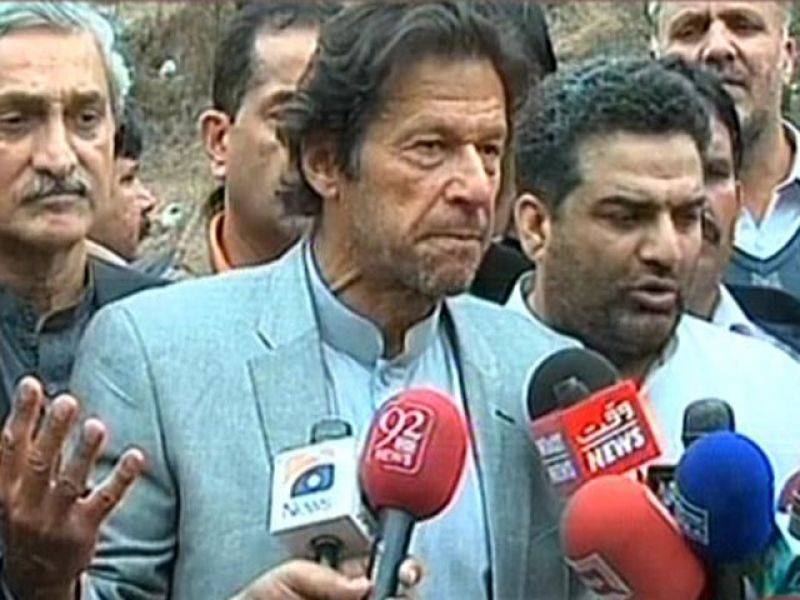 ISLAMABAD (Staff Report) - Pakistan Tehreek-e-Insaf (PTI) chairman, Imran Khan claimed on Sunday that elections will be held this year and his party will form the new government.

Talking to media during cleanliness campaign in Bani Gala, Imran Khan revealed that when he and the Prime Minister Nawaz Sharif were on good terms with each other, he had requested him for the construction of boundary wall of a park in Bani Gala.

“Though the boundary could not be formed, but a road alone was constructed,” he added.

Khan further promised to play his role in making environment better, provided if the youth supported his efforts.