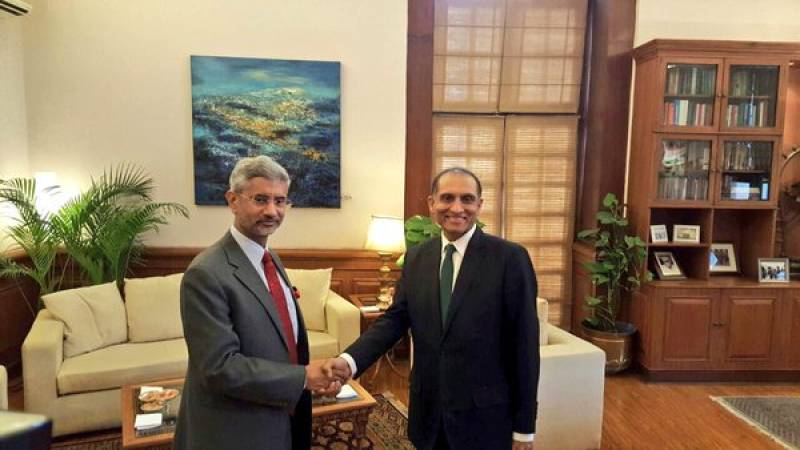 The meeting took place on the sidelines of sixth Heart of Asia-Istanbul process meeting in New Delhi. Pakistani High Commissioner to New Delhi Abdul Basit was also present in the meeting.

According to Pakistani High Commission in India, the Foreign Secretary raised all outstanding issues including the Jammu and Kashmir with Indian counterpart. He emphasised that Kashmir remains the core issue that requires a just solution in accordance with UNSC resolutions and wishes of Kashmiri people.

He also urged Indian side to check the involvement of Research and Analysis Wing (RAW) in Pakistan, adding that such activities can further worsen the bilateral ties of both countries.

On the occasion, he also underscored Pakistan's strong commitment to have friendly relations with all of its neighbours including India.

The meeting provided a useful opportunity to exchange views on recent developments in bilateral context, the statement added. 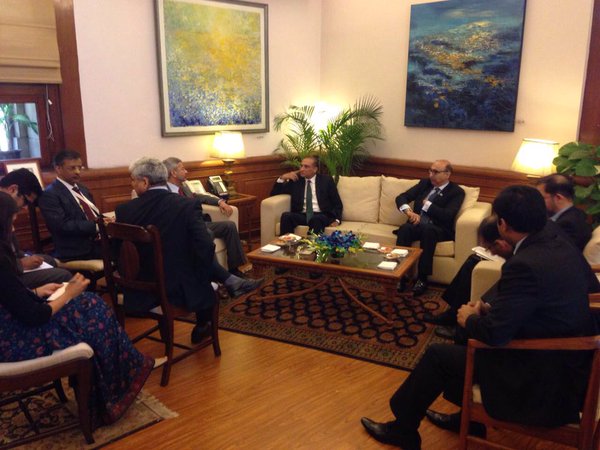 On the other hand, the statement issued by Indian Foreign Office said that New Delhi has urged Pakistan to grant counselor access to Kulbushan Yadav. India also pressed Pakistan for early development in Pathankot attack probe and judicial proceedings of Mumbai attacks.

Issues related to arrest of fishermen over border violations and prisoners exchange were also taken up in the meeting.

Our Statement on Foreign Secretary Jaishankar's meeting with his Pakistani counterpart pic.twitter.com/BtOuduz73M

The meeting is a significant step towards improvement of bilateral ties of the two countries, at a time when Pakistani investigation team visited India to record statements in Pathankot attack case. Indian investigation team is now expected to visit Pakistan to interview the detained suspects of the terrorists attack on Indian soil.

Pakistan and India agreed on resumption of comprehensive bilateral dialogue in December last year, when Indian Foreign Minister Sushma Swaraj held meeting with Pakistani Prime Minister Nawaz Sharif in Islamabad. Foreign secretaries of both countries were announced to meet on January 15 to lay down a plan in this regard.

However the Pathankot airbase attack, which took place on January 2 this year, derailed the Pak-India peace dialogue and the meeting was called off.

The foreign secretaries of Pakistan and India also held an informal meeting during SAARC ministerial summit last month. However, no considerable development took place in the meeting.

In an interview prior to his departure to India, he said that Pakistan wants resolution of all outstanding issues including Kashmir with India through talks. Pakistan is sincere in its efforts to bring peace to the war-ravaged Afghanistan as peace in Afghanistan is vital for peace in the region, he added.

About proposed Afghan peace process, the Foreign Secretary said that Pakistan wants to take the Afghan peace and reconciliation process forward and resolve issues through negotiations.

He called on all parties and Afghan insurgent groups to come forward and work unitedly for peace in Afghanistan.