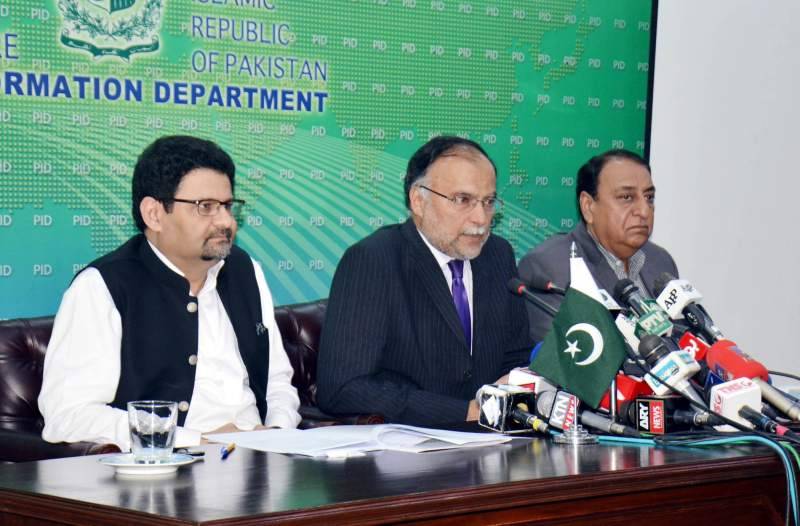 ISLAMABAD - The Government of Pakistan on Thursday unveiled the Economic Survey for the outgoing fiscal year 2017-18.

Prime Minister’s Adviser on Finance Miftah Ismail and Planning Minister Ahsan Iqbal launched the survey, sharing key economic indicators and the performance of different sectors of the economy during the year.

The minister said that the economy grew at a rate of almost 5.79 percent against the set target of 6% during the past fiscal year, achieving the highest growth rate in 13 years, adding that the national kitty was empty when the Pakistan Muslim League-Nawaz (PML-N) took over the reins in 2013.

The federal minister further said that the growth rate was endorsed by the World Bank and other international organisations.

Record investment was made in the energy sector during the tenure of the incumbent government, he said, adding that agriculture sector witnessed 3.8% growth. He said that 1750 km long motorways projects were also launched.

Ismail addressing the press conference said that inflation rate also declined to 3.8% from 7.89%.