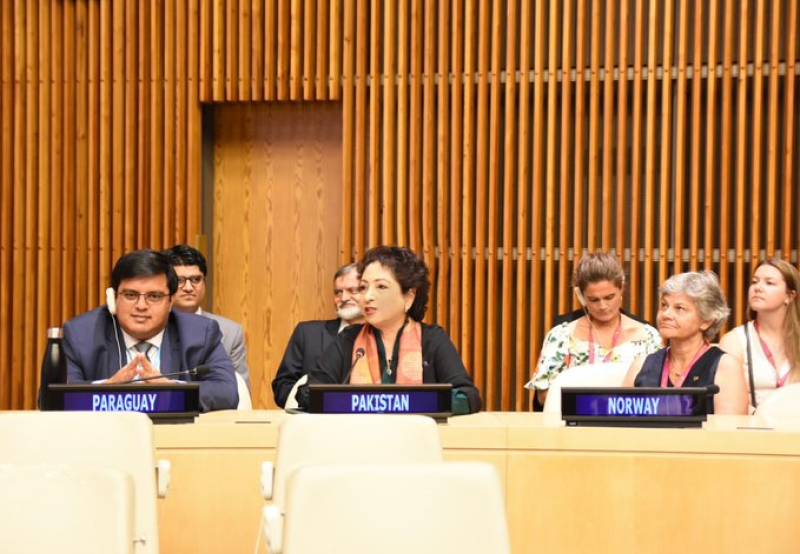 NEW YORK - The Economic and Social Council (ECOSOC) of the United Nations (UN) has unanimously elected Pakistan’s Ambassador to UN, Maleeha Lodhi, as one of its four vice presidents.

Ambassador Lodhi’s election was endorsed by 54 members of the Asia Pacific Group, the Radio Pakistan reports on Friday.

Pakistan has just been elected as Vice President of the UN’s Economic and Social Council (ECOSOC ) We are humbled and delighted by this unanimous decision of the 54-member body. Earlier, my candidature was endorsed by 53 members of the Asia-Pacific Group. pic.twitter.com/VD2auIxza5

She will now assume the Asia Pacific seat in the Bureau of ECOSOC, a principal organ of the UN-mandated to deliberate on socio-economic and development agenda of the world body.

Talking to reporters after the vote, Ambassador Lodhi said that her election to such an important organ demonstrates the faith of the international community in Pakistan and the competence of its diplomats.