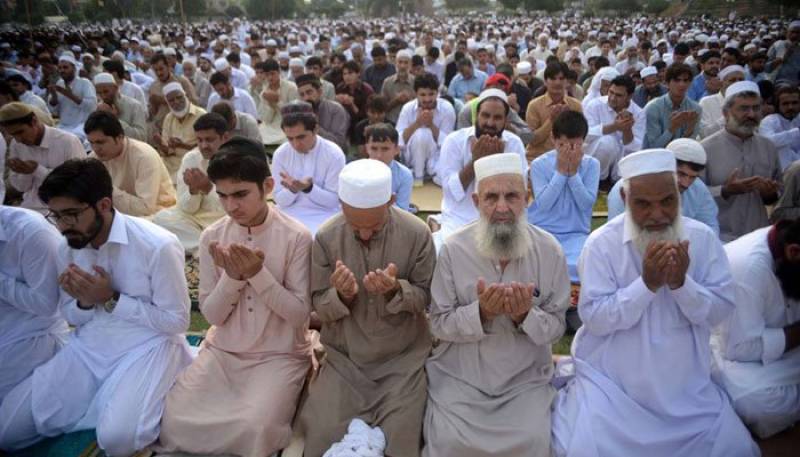 LAHORE - This year's Eid celebrations have been eclipsed by the Ahmadpur Sharqia oil tanker incident, which claimed 157 precious lives and injured over 150 in addition to the recent terrorist blasts in Quetta and Parachinar.

The disaster was one of several deadly events to mar the run-up to the Eid ul Fitr holidays. Close to 100 people were killed in bombings in Quetta and Parachinar on Friday, which were claimed by the Jamaatul Ahrar and Lashkar-e-Jhangvi Al Alimi, respectively.

The day dawned with special prayers for security, progress and prosperity of the country.  Eid congregations were held at open places‚ mosques and Eidgahs in all major cities, towns and villages of the country.

In their sermons, Ulema and religious scholars highlighted the significance and philosophy of Eid ul Fitr and the need to share its joys with the poor.

In Islamabad, the main Eid congregation was held at Faisal Mosque where President Mamnoon Husssain offered his Eid prayer.

A large number of people including parliamentarians, ministers and envoys of Islamic countries also offered Eid prayers at the Faisal Mosque.

On the occasion, special prayers were offered for the progress and prosperity of the country and unity of Muslim Ummah.

After Eid prayers, the President mixed with the people and exchanged Eid greetings with them.

Eid prayers congregations were held in small and major cities of all provinces, Gilgit Baltistan, FATA and Azad Kashmir.

A big congregation of Eid prayer was held at Badshahi Masjid Lahore.

In Gilgit Baltistan, the main Eid congregations were held in Gilgit city.

In Peshawar, main congregation of Eid-ul-Fitr was held at Eidgah Charsadda Road, Peshawar.

Like other parts of the country, Eid-ul Fitr is also being celebrated in Azad Kashmir today with religious fervor and zeal.

Special prayers were offered for the unity of Muslim Ummah, stability and solidarity of Pakistan and liberation of occupied Jammu and Kashmir.

Meanwhile‚ security has been beefed up in different parts of the country, including the federal capital, to avoid any untoward incident on the auspicious occasion. Snap checking and patrolling by law enforcing agencies have been increased.