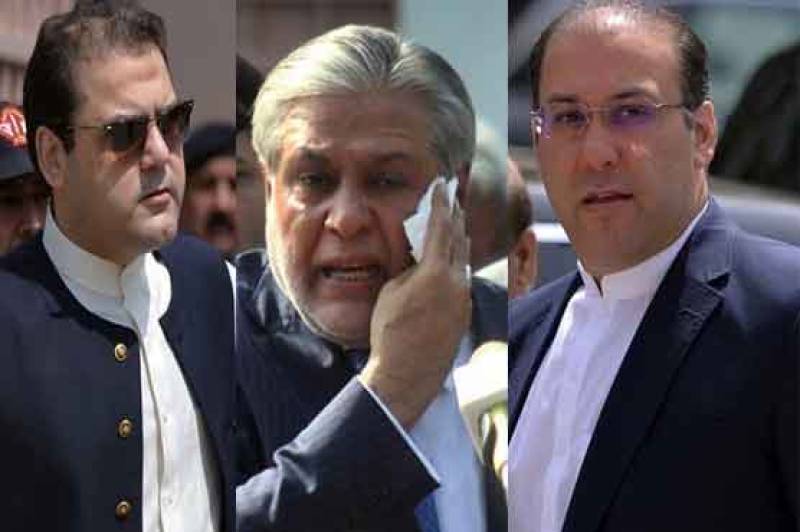 ISLAMABAD - The National Accountability Bureau (NAB) has decided to bring both sons of former prime minister Nawaz Sharif and former finance minister Ishaq Dar back to the country through Interpol in order to complete their corruption trial.

Local media reported on Monday that a letter would be sent to the Ministry of Interior within two days to initiate a process to arrest former PM's sons - Hassan and Hussain Nawaz - and Dar.

After receiving the letter, the ministry will formally write to the Interpol for detaining the suspects and send them back to Pakistan.

ISLAMABAD - The federal cabinet will decide whether the names of former prime minister Nawaz Sharif and his family ...

All the three suspect have been declared absconders by an accountability court hearing corruption references filed by the NAB in light of the Panamagate verdict.

The anti-graft watchdog has filed three references -Avenfield properties, Al-Azizia Steel Mills and Flagship Investment - against members of Sharif family including Hassan and Hussain. However, the sons of the three-time premier did not appear before the court, which later declared them absconders.

A case pertains to London flats has entered final stages as the judge is recording concluding arguments of the defense counsel.

Similarly, a case was filed against Senator-elect Ishaq Dar for possessing assets beyond the known sources of income. The accused attended some hearings but later he went to London for his treatment last year and failed to make an appearance in the court. He was also declared absconder by the accountability judge.