Zarb-e-Azb has broken the back of terrorists: Air Chief 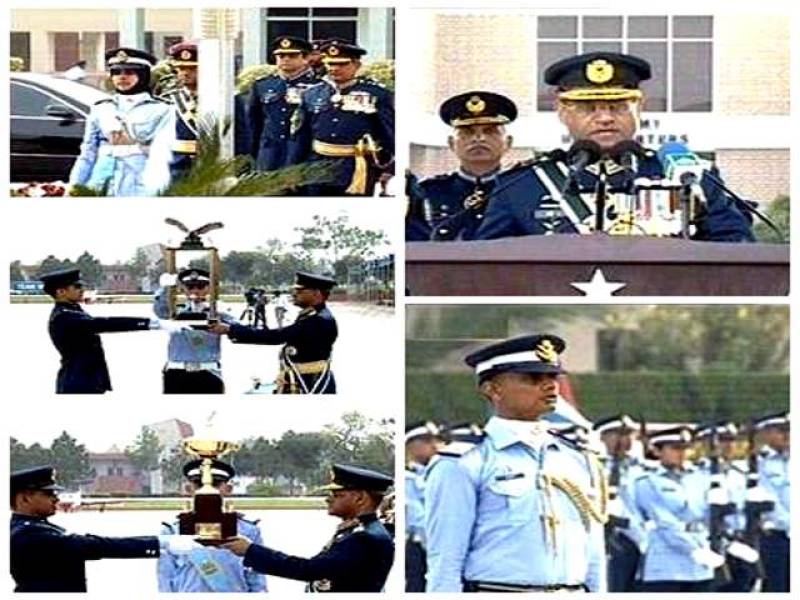 Addressing a passing out parade at PAF Academy Risalpur today, the air chief said the close synergy amongst the armed forces in Operation Zarb-e-Azb has broken the back of the terrorists.

“We are determined to continue joint efforts till revival of complete peace in the country,” he maintained.

Sohail Aman said the PAF has been equipped with latest equipment to defend the aerial frontiers of the country. He said the PAF is regarded as a potent and respected force in the world because of its professionalism and valour.

The Air chief marshal said Pakistan believes in the policy of peaceful coexistence. He said though the country is faced with many internal and external challenges, nobody can dare cast an evil eye on the motherland as we are capable to defend our territory.

Later talking to the media persons, Air Chief Marshal Sohail Aman said that JF-17 Thunder is pride of Pakistan and it will be made parallel to F-16 fighter jets.

The Air Chief said several countries have shown their interest in the purchase of JF-17 Thunder.

Sohail Aman said the unity shown by the nation against terrorists is a clear manifestation that the menace will soon be eradicated.

‘Nobody can dare cast an evil eye on the motherland as we are capable to defend our territory,” he added.