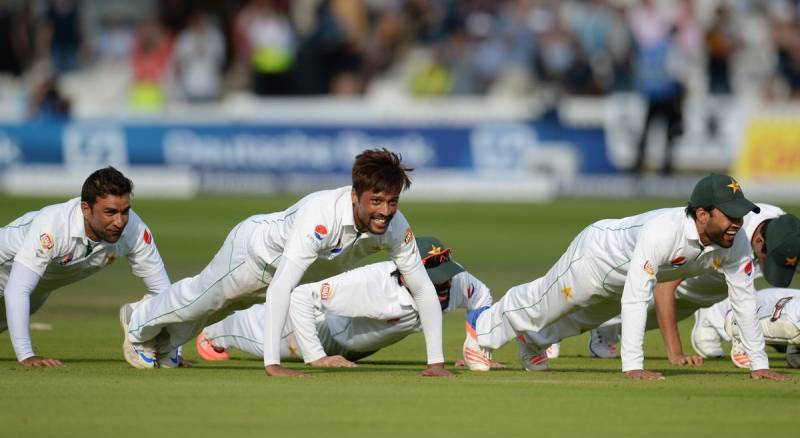 The push-ups issue was raised by  Pakistan Muslim League-Nawaz MNA Rana Afzal during the meeting. Another law maker Chaudhary Nazeer Ahmad said players should perform Nafl (supererogatory prayers) or do Sajdas (Prostrate) rather than doing push-ups.

PML-N legislator opined that  cricket was “a gentleman’s game” and the act of doing push-ups does not reflect the caliber of the sport.

The lawmaker urged the need for revisiting the policy of doing push-ups after the victory.

Fair play to @TheRealPCB who played some excellent cricket and good celebrations too. #EngvPak https://t.co/czkHg2bFsu

PCB official Najam Sethi who also attended the meeting responded to the concerns of Rana Afzal and expressed that it happened only during the England tour.

Sethi responded that Misbah had performed the push-ups to exhibit his fitness after completing a century, which was later followed by other players. He assured that cricketers would not do push-ups again.

The unique idea of celebrating victory was started by Test captain Misbahul Haq, who performed push-ups at Lord’s after his first ton of English soil.

Misbah later said: “The celebrations were nothing to do with England, only a gesture for those we worked with.” referring to Army officials who trained green shirts.