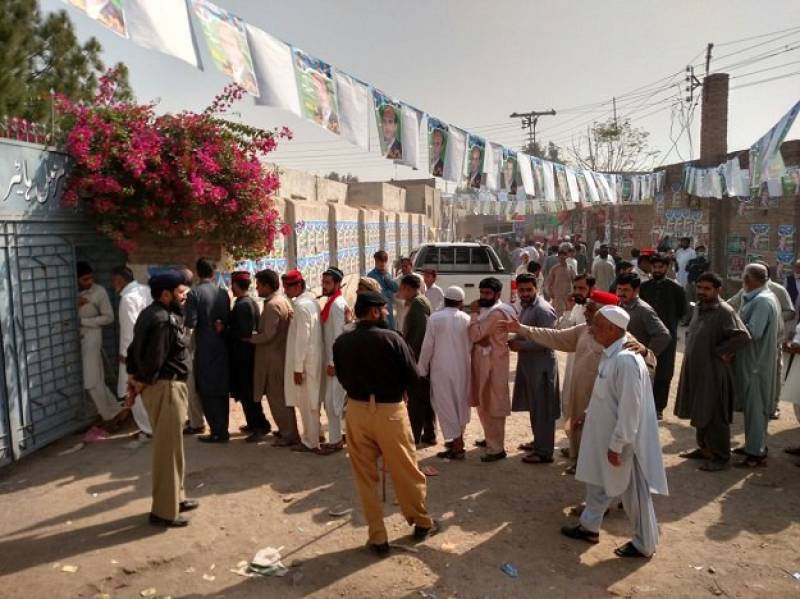 PESHAWAR - According to unofficial and unconfirmed reports, the Pakistan Tehreek-i-Insaf (PTI) has won the by-election in Peshawar’s National Assembly constituency NA-4 by a wide margin on Thursday.

The election was held after the seat fell vacant due to the death of PTI estranged MNA, Gulzar Khan.

Congratulations to PTI's victorious Arbab Amir in NA 4 and to the PTI Peshawar team. This was a victory against combined opposition forces

This success is a direct vote of confidence on performance of KP's PTI govt & not the doling out of "dev" funds PMLN-style as seen in NA120 https://t.co/9XqEjAKebw

As a whole 397,952 registered voters, including 235,127 men and 162,825 women will take part in the voting. The ECP has declared 182 polling stations the most sensitive and 82 sensitive due to the security situation.

Today, a heavy contingent of Pakistan Army has been deployed at the polling stations to prevent any untoward situation, besides police officials are also deployed at the stations.

On the other hand, The ECP has authorized all presiding officers to exercise the powers of a first class magistrate in order to control any uncertain situation.

In order to facilitate the voters, the local administration has announced public holiday in the constituency, besides banning the use of mobile phones inside the polling stations.

As per the directions of the Election Commission of Pakistan, the election campaign was ended Tuesday midnight by the political parties.

In the by-elections, six candidates of different political parties including, PTI, PML-N and eight independent are contesting the elections.