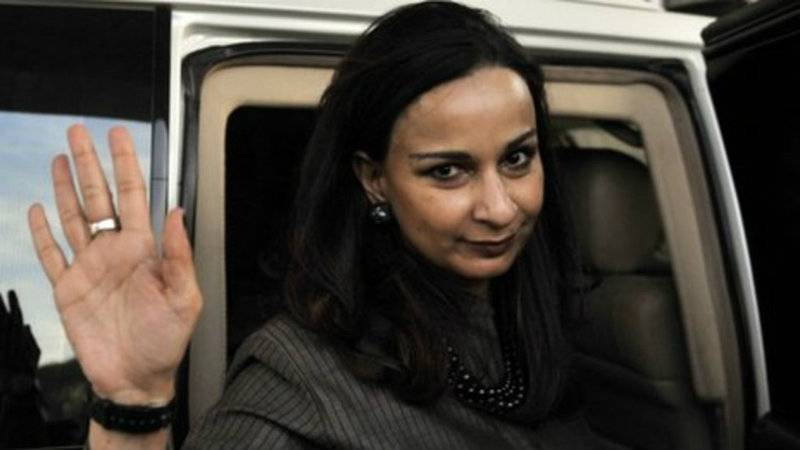 KARACHI - Blundering PIA staff allowed Senator Sherry Rehman and other PPP leaders to embark onto a wrong flight on Tuesday.

Sherry, who is a central leader of PPP, had to travel to Larkana via Sukkur to attend the ninth death anniversary of the party chairperson Benazir Bhutto.

But the PIA staff soon realized their mistake as the political leaders staged a protest. They were later boarded on a Sukkur-bound plane.

Following the incident, in a Twitter post, the PPP leader chided the Pakistan International Airlines for the mistake, also hitting out at the national flag carrier for its ‘practice of slaughtering goats for the flight’s safety’.

Last week, in order to ‘ward off evil eyes’, the PIA staff sacrificed a black goat at the Islamabad airport minutes before an ATR aircraft took off for Multan.

The airline has been under severe criticism for its faulty aircrafts and deadly crashes in the past. Most recently, in December, an Islamabad-bound flight from Chitral crashed near Havelian, killing all 47 people on board.

Famous pop singer turned preacher Junaid Jamshed and his wife were among the 42 passengers killed in the plane crash, besides five crew members.

Last Friday, the PIA became a laughingstock when a Karachi-bound flight landed at Muscat airport. Flight PK307 was scheduled to depart from Lahore Thursday night, but it took off on Friday. As if that wasn’t bad enough, the flight never reached Karachi, ending up at Muscat instead.