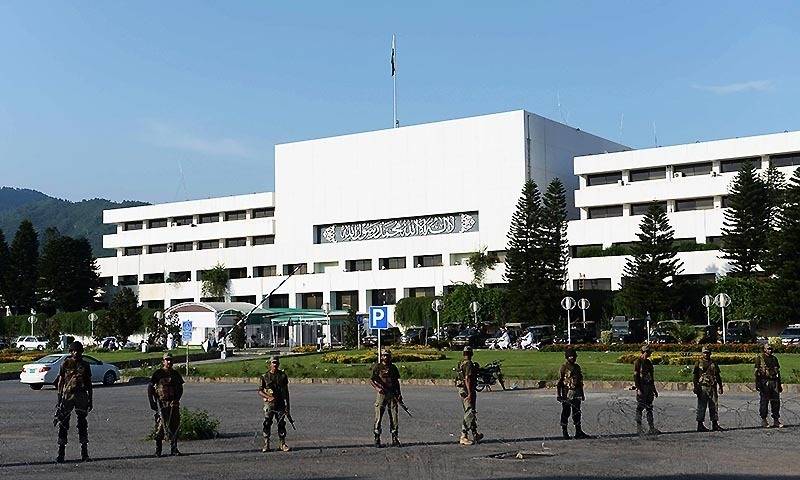 The participants were taken into confidence regarding Pakistan's strategy and about the decisions taken during the National Command Authority meeting earlier in the day which was chaired by Prime Minister Imran Khan.

Senior parliamentary leaders, along with their party delegations attended the in-camera briefing.

The in-camera briefing comes a day before the joint session of the parliament concerning the latest spate of ceasefire violations by Narendra Modi-led India.

The Pakistan Air Force (PAF) shot down two Indian aircraft which violated its airspace on Wednesday. One of the Indian pilots was also arrested by Pakistan who is being 'treated well'.

Pakistan’s Prime Minister Imran Khan offered India one more time to start a dialogue  in an address to the Pakistani nation saying, it was nowhere in the interest of Pakistan for it to be used as a base for militancy.

Tension escalated between Pakistan and India in the aftermath of Pulwama attack on February 14th following which Indian Air Force violated Line of Control on Tuesday before being whisked away by Pakistan Air Force.