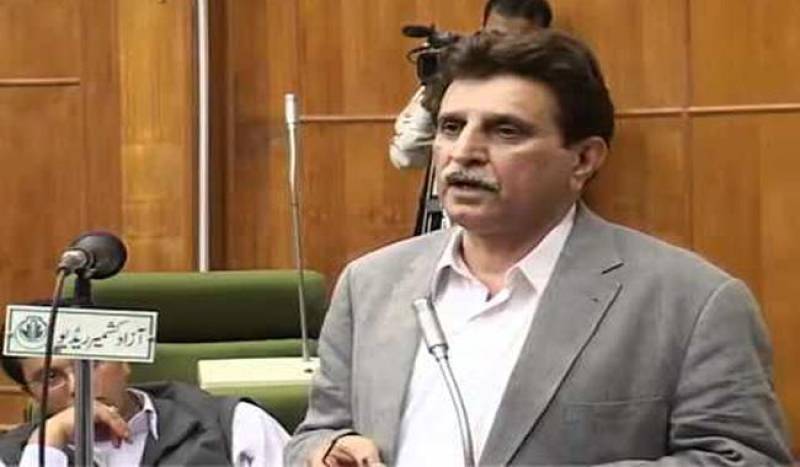 ISLAMABAD - The Pakistan Muslim League-Nawaz has nominated Raja Farooq Haider as Prime Minister of Azad Jammu and Kashmir (AJK), after it swept the Legislative Assembly elections in the semi-autonomous constitutional zone last week.

The decision was taken during a meeting convened by Prime Minister Nawaz Sharif, who is also head of the PML-N.

The meeting was attended by federal party leadership and the newly-elected members of AJK's Legislative Assembly at the PM House on Wednesday.

The AJK-designated prime minister said that he would meet the expectations of the party leadership. “My agenda will be merit, good governance and zero tolerance for corruption,” he added.

On Sunday, Raja Farooq Haider denied reports that the newly elected parliamentary committee of the Pakistan Muslim League in AJK had nominated him as prime minister with consensus.

The meeting of the newly elected parliamentary committee was held at the residence of Raja Farooq Haider Khan in Muzaffarabad.

Earlier, reports suggested that journalist-turned-politician Raja Mushtaq Minhas could be the first choice for nominated as Prime Minister of AJK.

The PML-N is all set to form a government in AJK following last week's landslide elections victory. The party swept the general elections for the 49-seat AJK Legislative Assembly, bagging 31 seats and a clear majority.

Previously, Raja Muhammad Farooq Haider Khan was prime minister of AJK from 22 October 2009 to 29 July 2010. He was born on January 14, 1955. He received his school education from Abbottabad Public School (APS) and completed graduation from the Government College in Lahore.