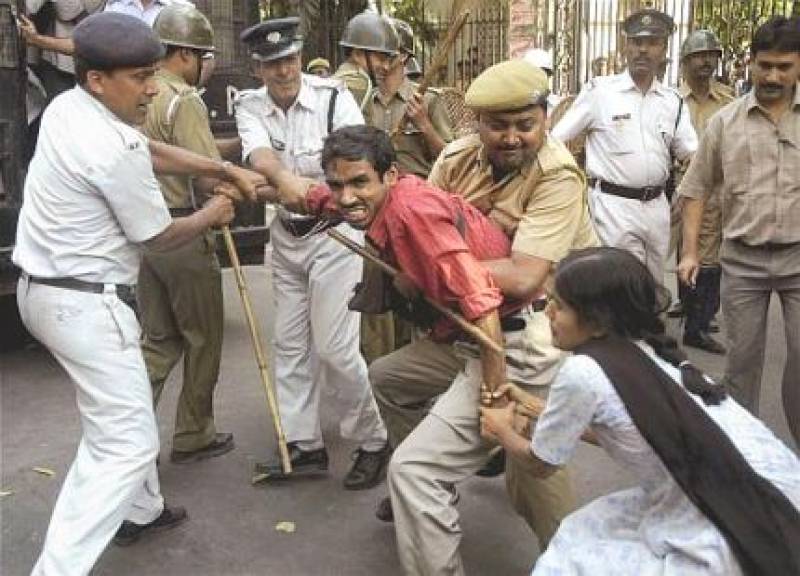 ISLAMABAD – Pakistan on Tuesday regisered a strong protest with the Indian Chargé d’ Affaires on occasion of the Kashmir Black Day in condemnation of the continued human rights violations being perpetrated by Indian occupation forces against innocent Kashmiri people in Indian Illegally Occupied Jammu & Kashmir (IIOJK).

It was demanded that the Indian Government give the Kashmiris their legitimate right to self-determination in accordance with the relevant United Nations Security Council (UNSC) Resolutions which call for a free and impartial plebiscite under UN auspices.

It was further demanded that India rescind its illegal and unilateral actions of 5 August 2019, immediately lift its military siege in IIOJK, and reverse its illegal measures to change the demographic structure of the occupied territory.

The Indian side was also called upon to cease extrajudicial killings of Kashmiri youth in fake encounters and so-called cordon-and-search operations and release the illegally detained Kashmiri youth and political leadership.

It was underscored that to enable an accurate assessment of the humanitarian situation in the region, India needed to immediately remove all restrictions on the media, Internet and mobile communications in IIOJK and allow independent observers,human rights organizations and international media unhindered access to the occupied territory.

Pakistan reiterated its position that India’s illegal steps cannot alter the disputed status of the occupied territory nor can these prejudice the Kashmiris’ inalienable right to self-determination as enshrined in the relevant UNSC Resolutions for which Pakistan extends the fullest support.