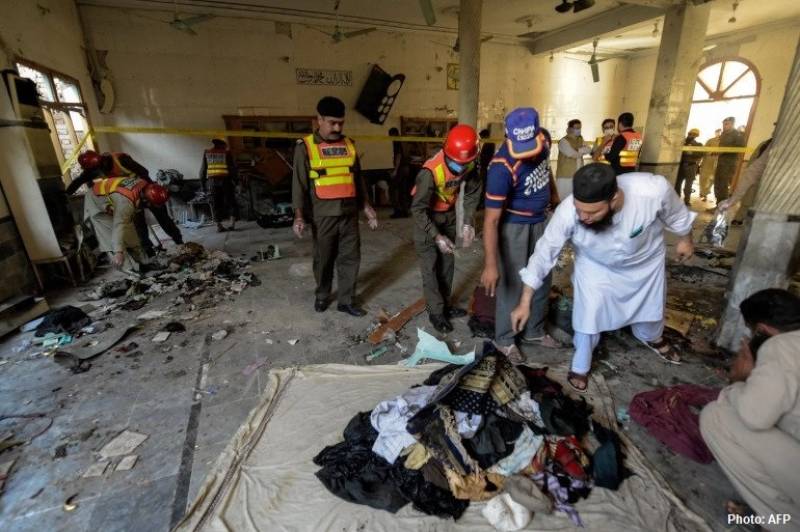 While talking to media, the AIG visited site of bomb explosion at Dir Colony and said that the bomb was concealed in a bag that was placed inside main hall of the mosque of a local seminary where students were being taught.

He rejected reports that it was a remote controlled blast and said that importance evidences were collected and investigation was in progress.

The injured include more than 60 children who were shifted to Lady Reading and Khyber Teaching Hospitals, where conditions of five injured were critical.

He said 72 injured were brought to Lady Reading Hospital Peshawar. The age of majority injured were 20 to 30 years.

At least seven people lost their lives while dozens of others got injured in IED blast hit religious seminary in Peshawar today, which has been widely condemned by major political figures in the country.