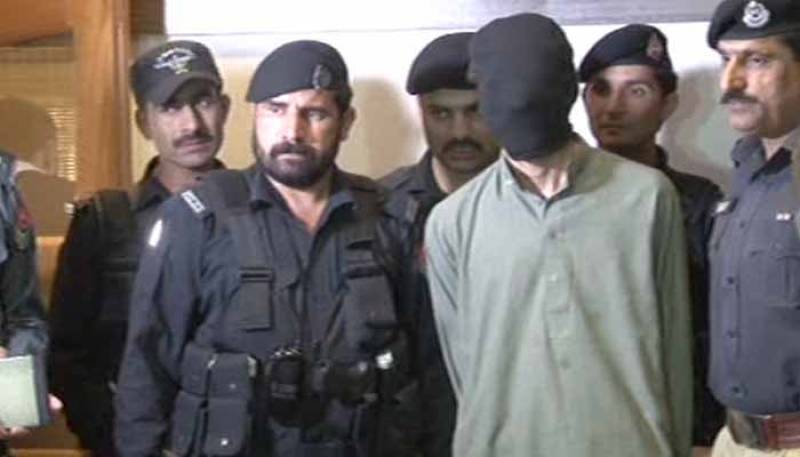 ISLAMABAD - Khyber Pakhtunkhwa police claimed on Thursday that the shooter of Mashal Khan has been caught.

The arrest that came after almost two weeks of Mashal's death was confirmed by DIG Mardan Alam Khan Shinwari who revealed that the shooter identified as Imran was caught after confessions of others accused in the case.

"Two confessional statements mentioned the name of the person who shot at Mashal. The person identified as Imran was a class fellow of Mashal in the journalism department," said Shinwari.

"The culprit has confessed to the crime in front of the magistrate," he added.

The police official maintained that according to the statements by the suspects under-custody, Imran had opened fire on Mashal.

Shinwari said that Mashal was shot at two times before being tortured and that investigation based on CCTV footages and other evidence was underway.

MARDAN - A mass communication student was killed while five others were critically injured following violent ...

Describing the course of events on the day Mashal was lynched, he said that police reached the university campus in 13 minutes after getting information.

He said the timely response of police saved the lives of two more individuals, adding that a professors’ life was also in danger.

It is relevant to mention that a report submitted to the Supreme Court of Pakistan on Thursday suggested that the prime accused in the case was not arrested. However hours after the submission Mardan police was able to apprehend him.

Mashal Khan, who was a student of journalism at Abdul Wali Khan University Mardan, was lynched by a violent mob on the university premises on April 13. The mob killed the student over allegations that he hadcommitted blasphemy.