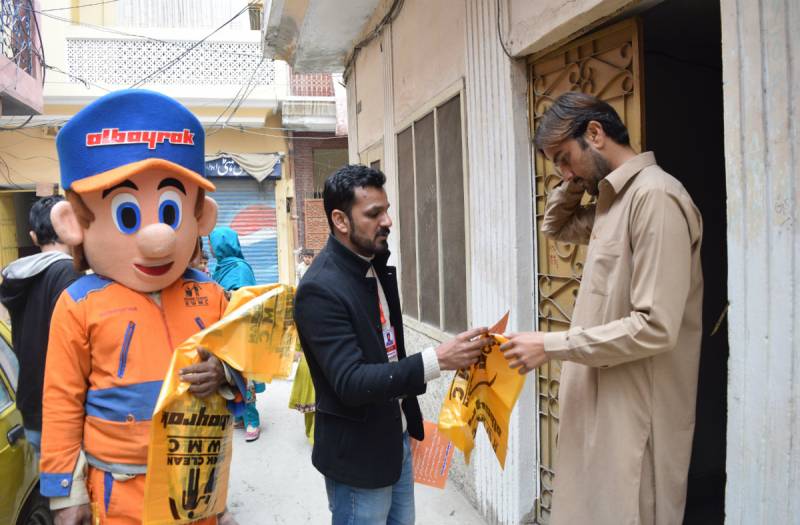 RAWALPINDI (Staff Report) - Albayrak Team organised an awareness activity on Thursday to sensitize the residents of Pindora UC-18, Rawalpindi, for regularly maintaining cleanliness in their surroundings and to cooperate with sanitary workers.

The basic purpose of door to door activity was to convey the objective of Albayrak Solid Waste Management Company to general public about ethics of cleanliness and to ensure that the residents should be well aware of the new and efficient system of cleanliness introduced by Turkish Multinational Company Albayrak& RWMC.

Albayrak’s representatives requested people to co-operate with Albayrak and spread cleanliness message in family, friends and society so that new system of cleanliness can come into progress more effectively and efficiently for the citizen of Rawalpindi.

Waste bags and awareness leaflets were also distributed among public.

Children were given advice to keep their surroundings neat and clean including their rooms, homes, streets, parks.

People of Pindora appreciated Albayrak’s efforts and meaningfully promised to co-operate with company.

Later on, toll free number 1139 was given to public to register their complaints regarding cleanliness.