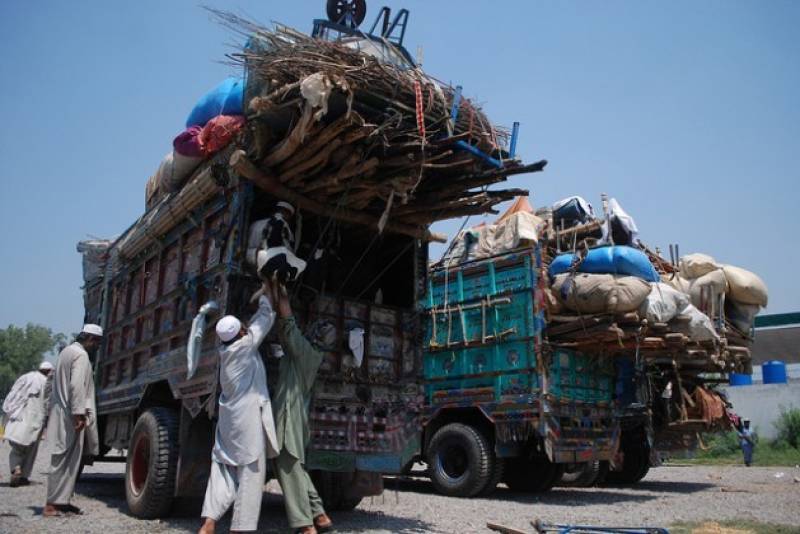 PESHAWAR - Registered refugees and undocumented Afghan nationals residing in Pakistan have begun returning to their country at a steady, especially since the UN Office of the High Commissioner for Refugees (UNHCR) doubled its cash payments to registered asylum-seekers choosing to return to their homeland on a voluntary basis.

According to officials, the voluntary return of refugees from Khyber Pakhtunkhwa was also gaining in momentum since the federal government had extended stay of refugees till December 2016.

Information collected from different localities of Peshawar and other refugee-hosting areas suggested that unregistered Afghans were vacating houses in urban and semi-urban areas of the province.

They are selling moveable and immoveable properties in Peshawar. Afghan nationals have also put their household items on sale before proceeding to Afghanistan.

According to the Additional Commissioner at the Afghan Refugees Commissariat Waqar Maroof, an average 300 refugee families were registering themselves at the UN voluntary repatriation centre in Chamkani, Peshawar on a daily basis to receive the necessary cash assistance to complete their home-bound journeys.

“Average 10 families were reporting at VRC Chamkani every day before July. Currently 300 families are returning to Afghanistan on daily basis which is encouraging,” he said, adding that the government expected up to 800 families to register themselves daily at the VRC Chamkani in the coming days.