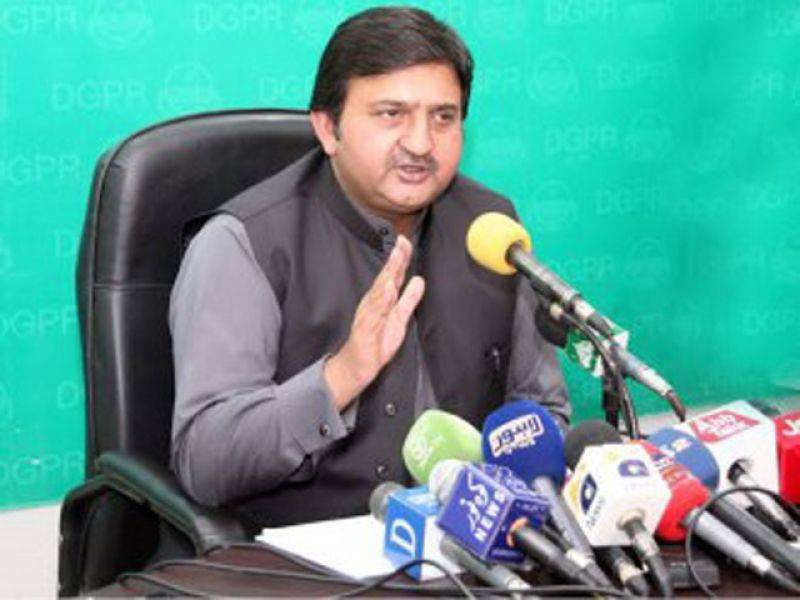 KARACHI - After the end of the 22-day long sit-in by religious protesters in Islamabad following the resignation of former law minister Zahid Hamid, another conspiracy emerged when Punjab government spokesperson held the centre responsible for changing the words of Khatm-e-Nabuwat (Finality of Prophethood) clause in the Elections Bill 2017.

Spokesperson Malik Ahmed Khan while talking to a private news channel if the same change had been approved by the Punjab government, then the provincial law minister would have been blamed for it, but this was done by the federation.

He declared the demand made by Punjab Chief Minister Shehbaz Sharif regarding removal of the person responsible for the amendment justified.

Rubbishing allegations that the Punjab sent protesters to Islamabad, the spokesperson said that it was the provincial government which had kept the sit-in by Tehreek-e-Labaik Ya Rasoolallah contained.

He announced, "We too are ready to sacrifice our lives for the sake of the dignity of the Holy Prophet (PBUH)," adding that the amendment in 7B and 7C was not acceptable for them.

He termed the Law Minister Zahid Hamid's decision to resign from the post right. It is notable that Hamid held an hour-long meeting with Shehbaz before tendering the resignation.

On one side blaming the centre for amendment, Khan refuted the rumours of differences between Nawaz Sharif and Shehbaz Sharif.

On Monday, Khadim Hussain Rizvi, the chief of Tehreek-e-Labaik Pakistan, formally announced calling off the Faizabad sit-in after 22 days.

The sit-in that was staged as a protest against the amendment in the Khatam e Nabuuwat clause in the recently passed Election Act 2017 came to an end hours after the Pakistani government and Tehreek-e-Labbaik struck a deal – brokered by the Army – putting an end to the escalating wave of tension across the country.

While the PML-N government appears to have given in to all the demands by the protesting side after certain assurance of not resorting to violence, the truce pact also makes the religio-political party bound to refrain from issuing any fatwa (decree) against Law Minister Zahid Hamid – the man blamed to have introduced the controversial ‘Khattam-Nabuwwat amendment’ in the Election Reforms Bill. 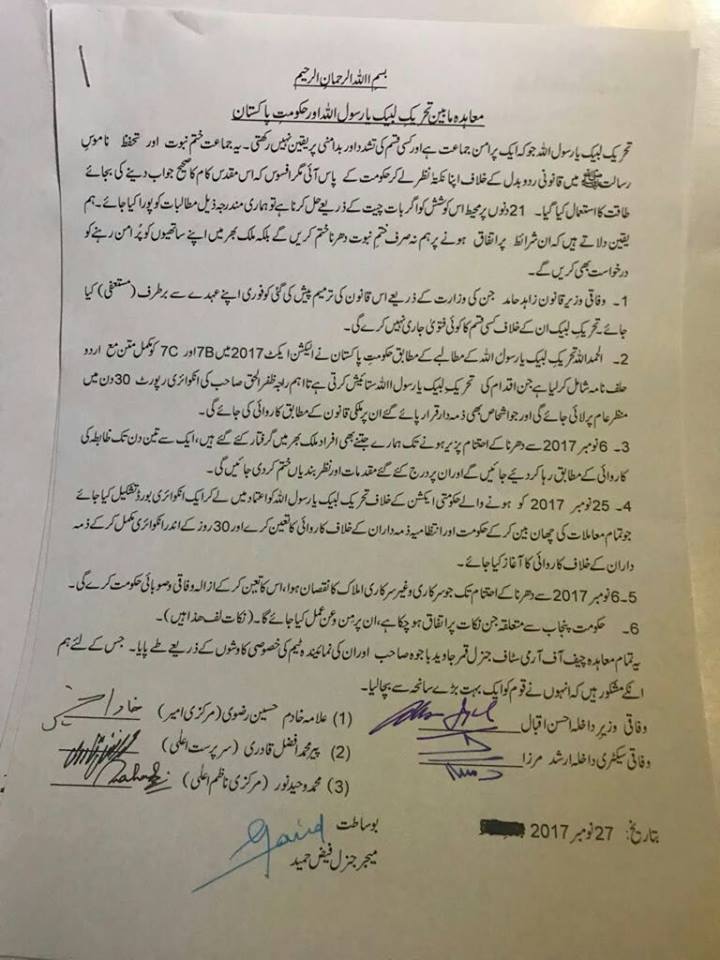 Addressing a press conference in Islamabad, Rizvi expressed that the sit-ins staged in different cities across Pakistan should also be called off as the group had inked an agreement with the Pakistan Muslim League Nawaz government.