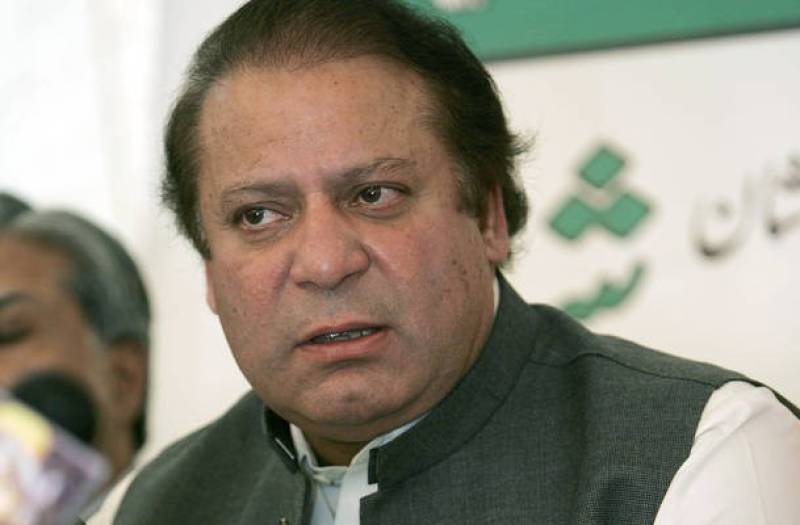 PESHAWAR (Staff Report) - Prime Minister Nawaz Sharif Wednesday announced a compensation package for the people of earthquake affected areas of Khyber Pakhthunkhwa, FATA and Gilgit Baltistan that would be handed over to the affected people in shortest possible time.

Addressing a press conference following a briefing here at the Governor House, PM Nawaz Sharif said Rs 0.6 million would be granted to each family whose loved ones lost their lives following the devastated quake that claimed over 360 people.

Read more: Over 255 dead after biggest-ever earthquake in Pakistan

The government will pay an amount of Rs200,000 for houses that have been fully damaged and Rs100,000 for partially damaged houses.

The prime minister was appreciative of the rescue, relief and rehabilitation work being carried out by the provincial government of Khyber Pakhtunkhwa, Pakistan Army and the civil administration.

He said the federal government in close consultation with the provincial government agreed on the compensation package, with both the sides to have a share of 50 per cent.

To a question he said the federal and provincial governments were working in close coordination, while rising above the political affiliations or any differences. "The days of division on party basis are over, now we all stand united at a critical juncture, and are working selflessly to serve the masses, who are facing a difficult time."

Nawaz Sharif said all steps would be taken to ensure that the real victims get the compensation amount that would be verified by a three-member committee, comprising representatives of the administration, local representative and one from the Pakistan army.

The verification process will take four days and cheques would be distributed from Monday - Nov 2, and completed in all areas by Thursday, he added.

The prime minister said according to his initial information, so far 208 deaths have been reported from KPK, while 29 from FATA, while around 1000 were injured. He said while reporting the number of dead, it was important that correct, official figures were reported so that there was no confusion.

To a question he said the federal government would pay the entire compensation amount for victims in FATA, and if the provincial government wishes it can make its contribution.

According to PM, relief and rehabilitation work is picking pace, following the search and rescue phase. He said he was in constant touch with the National Disaster Management Authority (NDMA). Despite the inaccessible location of affected areas and distances involved, efforts were being made to reach out to the people, maximum by tomorrow, he added.

Nawaz Sharif who visited Shangla yesterday said the weather has turned cold over the past few days and it was vital that the rehabilitation work was completed in the shortest possible time.