No NRO for anyone till my last breath: PM Imran Khan 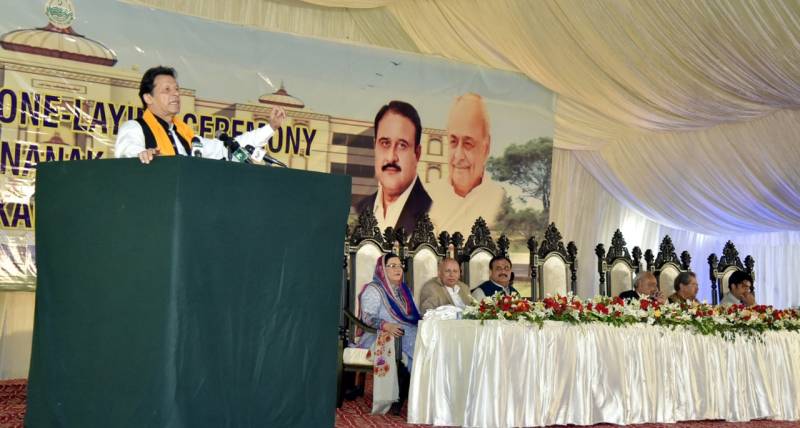 NANKANA SAHIB – Prime Minister Imran Khan said on Monday that he would not give a National Reconciliation Order (NRO) to anyone till his last breath.

Addressing an event in Nankana Sahib, the PM said that he had already predicted that all the corrupts would be united one day and mentioned that Azadi March was being taken out just to blackmail the government.

"The chief executive of Shaukat Khanam, who is considered one of the top doctors of Pakistan, I have specially sent him to check on Nawaz Sharif. We can only try, no one can give guarantee of life and death," said PM Khan during his speech while referring to the remarks of IHC Chief Justice Athar Minallah.

He said they had provide best possible services for treatment of the deposed premier, who is suffering from acute immune disorder. "Our religion says that life and death is in Allah’s power. Humans can only make an effort. Federal and provincial government has put up all their efforts."

Referring to JUI-F's Azadi March, Imran Khan further said that he would never be blackmailed by anyone.

KARACHI - Thousands of people, led by the Jamiat Ulema-e-Islam–Fazl (JUI-F), on Sunday began their so-called Azadi ...