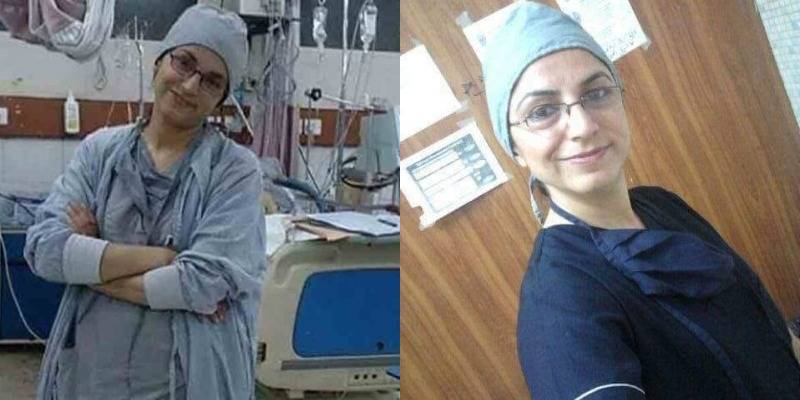 The whole nation, including Punjab Minister for Primary and Secondary Healthcare Dr. Yasmin Rashid, mourned the sad demise of the capable person due to sudden brain hemorrhage.

Balochistan Senator Anwar ul Haq Kakar on his Twitter handle claimed that the doctor died due to gas leakage.

The young doctor got engaged on December 2 and was soon to get married in January 2019, local media reported.

Dr Yasmin wrote on Twitter, "The nation has lost a precious asset as well as a beautiful person. May Allah grant her Jannah and her family patience".

Dr Marri, who belong to a conservative district Kohlu, served as the consultant cardiovascular surgeon at National Institute of Cardiovascular Diseases (NICVD). She was a Gold Medalist Cardiovascular Surgeon who completed her medical education from Agha Khan University.

In his life, Marrif had to fight through many hindrances to continue higher studies, however, she remained determined and outshined as the first cardio surgeon from the underprivileged province. She had the best training of open heart surgery.

This young doctor has also been worked as the assistant professor of cardiac surgery in Bolan Medical University, Quetta,  Balochistan.

Social media users also expressed grief over the death of the young lady.

Rest in peace ma'am, Baloch nation will never forget your contributions. May GOD give a high rank in jannah. Ameen. #RIP #MehnazMarri https://t.co/Bd4QscaC4D

Really shocked listent about the suddenly death of Dr Mehnaz Marri,Its no doubt a big loss for whole of the Balochistan..she was a precious pearl who could serve our people more...May her soul rest in peace...Ameen. pic.twitter.com/SEeLqQa7Wa