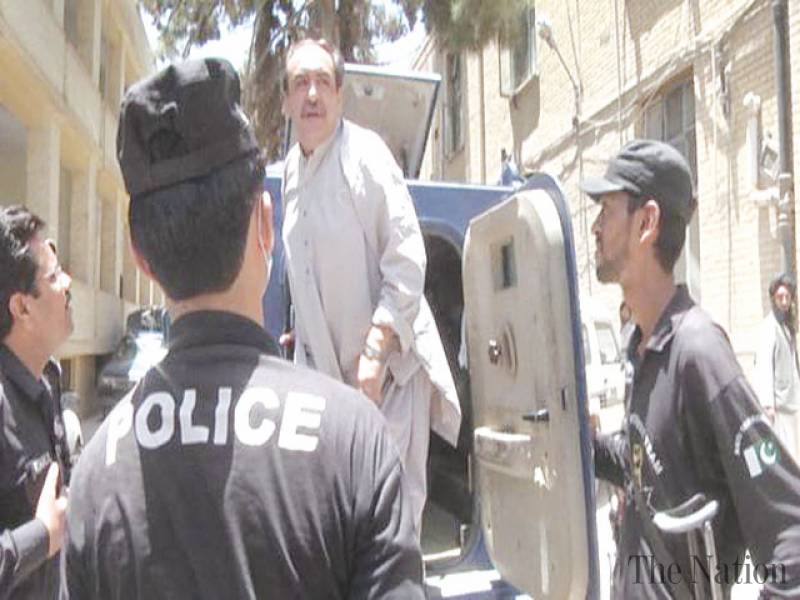 Judge Daud Khan Nazir extended the physical remand and sent it back to the police station for further interrogation.

Earlier, the MPA was sent on physical remand for five days on Saturday after a public outrage over the incident.

On June 24, police had arrested Achakzai following the charges of killing a policeman by running a vehicle over him.

Haji Attaullah Dasti, 42, a traffic sergeant was performing his duty on Shaheed Fayaz Sunbal Chowk on Tuesday evening when a vehicle ran over him. He was taken to Trauma centre but succumbed to injuries soon after.

Earlier an alleged agreement letter appeared on social media showing that the family has pardoned the MPA after taking as many as Rs 200,000 hence have decided to not pursue the case against the legislator.

Chief Justice of Pakistan (CJP) Mian Saqib Nisar on Wednesday took notice of the death of on duty police officer.

The Chief Justice has summoned a detailed report from Balochistan police. Pashtoonkhwa Milli Awami Party MPA Dr Abdul Majeed Khan Achakzai’s vehicle was speeding along GPO Chowk intersection when it rammed into Traffic Sub-Inspector Haji Ataullah, who was rushed to a hospital, where he died from his wounds.